Inflation that grew by the fastest pace in nearly 10 years last month in South Korea won’t likely ease next year due to protracted bottleneck in global supplies and demand-added price pressure, said Bank of Korea Governor Lee Ju-yeol, building up the mood for another rate hike later this month.

“The inflation rate outpacing expectations may continue for the time being as demand bounces back strongly from vaccination progress while global supply chain is disrupted by output and shipping setback,” Lee said in his opening remark to a breakfast meeting with economists on Thursday.

“We are seeing an unprecedented supply bottleneck in the recovery period, which is hurting industrial activity and fanning inflation.”

Economists are in general agreement that the strong inflation phenomenon will last through the first half of next year.

Central banks are rolling back their ultra-loose policy from pandemic period to fight inflation. 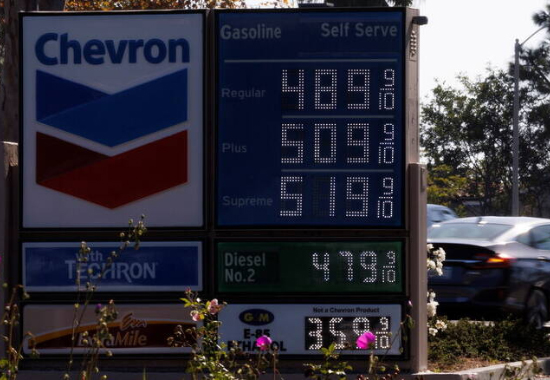 The U.S. Federal Reserve Chairman Jerome Powell said last week rate liftoff will start after tapering ends in the first half of next year, but the tightening face could fasten depending on inflation development.

Inflation fears have been reignited by the biggest price surges in years in most major countries. The U.S. consumer price index (CPI) soared 6.2 percent from a year ago in October, the sharpest jump in 31 years. Core inflation, excluding food and energy, rose 4.6 percent, the fastest growth since August 1991.

The CPI in South Korea jumped 3.2 percent from last year in October, marking the steepest gain since January 2012.

이미지 확대
Korea’s consumer price index gained 3.2 percent, the steepest since January 2012, in October. The government has cut fuel taxes and exempted duty on LPG imports to help stabilize energy prices, but the move may not help unless international oil prices come down.

Korea’s state utility provider Korea Electric Power Corp. (KEPCO) is arguing for a hike in electricity bill from the first quarter next year. KEPCO CEO Chung Seung-il told reporters on Wednesday that rates should be adjusted to reflect the rising raw material cost.

State think tank Korea Development Institute (KDI) however did not agree with the central bank’s pessimistic outlook. In its latest economic outlook on Thursday, the institution found price acceleration to be temporary, projecting the CPI rise to slow to 2.3 percent in December and 1.7 percent next year. It maintained the Korean economy could grow 3 percent next year.