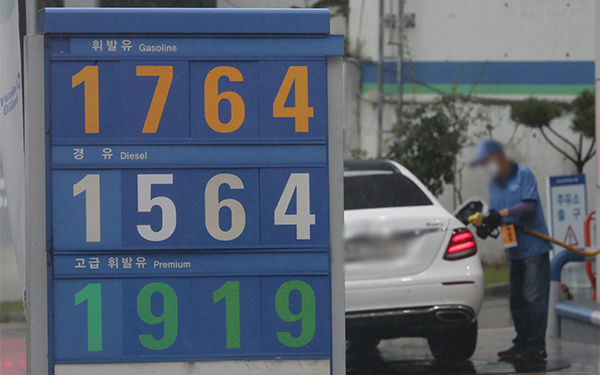 South Korea will slash fuel taxes by the biggest scale of 20 percent and collect no tariffs on LNG imports from November to April to tame inflation from surging international energy and commodity prices.

From Nov. 12 to April 30, the government will lower taxes on gasoline, diesel, and LPG butane by 20 percent to bring down gasoline prices by 9.5 percent from current level, diesel prices by 7.6 percent, and LPG butane by 4.1 percent. The six-month-long cut is expected to reduce tax revenue by 2.5 trillion won ($2.1 billion), according to the Ministry of Finance and Economy Tuesday.

LNG import tariff will be exempted from current 2.0 percent levy for six months, based on which the government will freeze gas bills during the wintery season of November and December.

The move is to offset “outside inflationary pressure” from surging oil and other commodity prices, the ministry said, predicting this year’s annual inflation rate to exceed 1.8 percent estimated by the government. 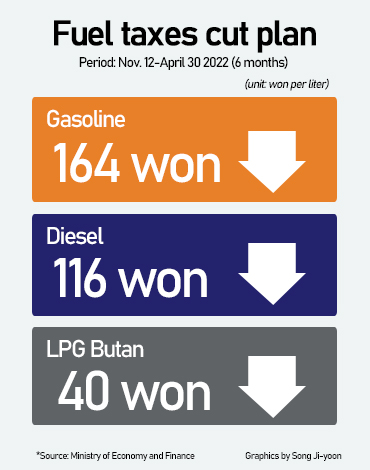 이미지 확대
South Korea’s consumer price index has been hovering at mid-2 percent range and is expected to accelerate further from the spike in fuel prices.

Bank of Korea Governor Lee Ju-yeol has brushed aside the concern for a stagflation – a dangerous combination of slow-moving economy and high inflation.

But latest gross domestic product (GDP) flags the onset of a slowflation – where the economy is moving slowly with inflation.

The Korean gross domestic product has been mired in the zero territory, adding a mere 0.3 percent in the third quarter after losing steam from a pace of 0.8 percent in the second quarter, according to GDP data released on Tuesday.

The government separately on Tuesday announced it will resume coupon incentives to promote spending from dining to travel and entertainment as the country is set to return to life of normalcy after near two-year long restrictions for virus mitigation.