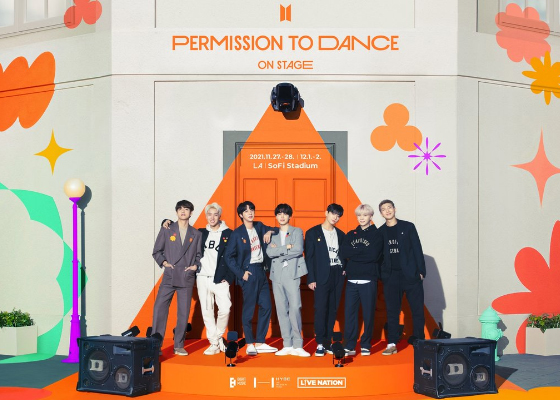 K-pop is set to return to live stages to meet global fans in person with Korea-born world star BTS to lead the pack next month after nearly two-year hiatus as many countries across the globe are opting to live with Covid-19 amid rapidly increasing vaccination rates.

BTS will be the first to go offline as the seven-member Korean boyband is scheduled to hold “BTS Permission to Dance on Stage” concerts in Nov. 27-28 and Dec. 1-2 at SoFi Stadium in Los Angeles.

It will be the K-pop supergroup’s first offline performance in two years since they held their last global concert “2019 BTS World Tour Love Yourself: Speak Yourself” in Riyadh, Saudi Arabia, in October 2019. They have stopped to hold in-person concerts since their planned world tour “BTS Map of the Soul Tour” scheduled for early 2020 was cancelled due to the Covid-19 pandemic.

The 320,000 seats for the LA concerts were all sold out during the pre-sale only available to the buyers of “Map of the Soul Tour” tickets. A resale VIP ticket is priced at as much as $15,338 on local resale sites, according to sources.

After the performance, BTS will join the “2021 Jingle Ball Tour,” a music festival held by iHeartRadio. BTS will be performing on Dec. 3 in LA. Another K-pop boyband Monsta X will also join the tour. 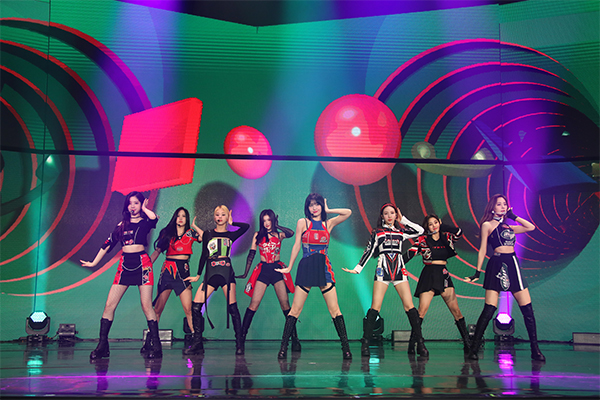 K-pop girl group TWICE is expected to hold a face-to-face concert at KSPO Dome in Seoul at the end of December. Sources said that the group hinted at an upcoming in-person performance when it released its first English single “The Feels.”

K-pop rookies are also set to go global to meet fans eye-to-eye. Boy group VeriVery will hold the “1st Tour in U.S.” from Dec. 5 in nine cities in the U.S. including LA, Dallas, Cleveland and New York. VeriVery topped Billboard’s World’s Digital Song Sales chart for the second time with “Get Away” in March after debuting at No.1 on the Billboard chart with “G.B.T.B.” in October last year.

Many K-pop artists are readying to return to live stages as the music industry is reviving face-to-face performance. Huge music festivals and concerts have returned in the U.S. as they allow attendance for fully vaccinated people and those with a negative PCR test result. An industry source said that as many countries prepare to live with Covid-19, physical concerts would return at a rapid pace, which makes it easier for K-pop artists to promote them in the global stage.