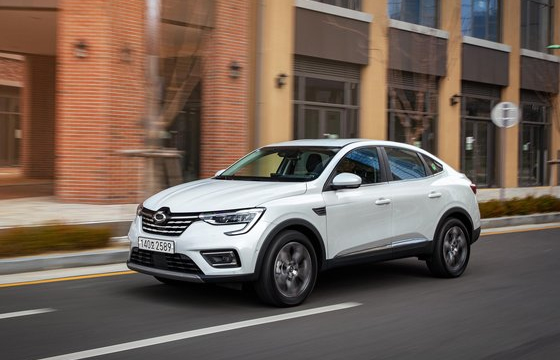 Renault Samsung Motors Co. has been assigned by its French parent for Europe-bound shipments of 50,000 units in crossover sport utility vehicle (SUV) XM3, a small relief to the Busan-based Korean carmaker but hardly enough to cover for the loss of Nissan’s Rogue.

XM3 will be manufactured at Renault Samsung’s Busan plant and shipped to Europe under the name of New Arkana starting next year, the French carmaker said Wednesday in its online event.

Its sale will start in France, the UK, Germany, Spain and Italy at first, and be expanded to outside Europe such as Japan, Australia and Chile, according to the company.

The Korean factory is expected to produce 50,000 units of XM3 per year, according to a company source. It hoped for annual order of 80,000 units of XM3 per year to keep up productivity as its lines have mostly been idled since it lost Nissan’s Rogue that made up the bulk of its work last year. It produced total 200,000 cars every year until 2018, but the number started falling to 164,974 last year. 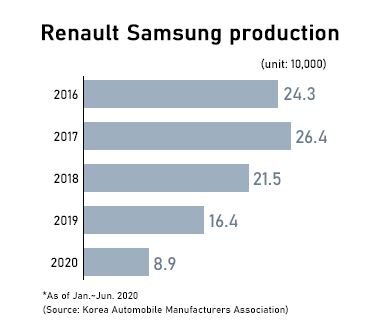 이미지 확대
With the addition of the latest XM3 order, Renault Samsung is expected to cover half of the void from the Rogue.

Renault Samsung claimed the reported export volume of XM3 from the Korean factory is not definite as talks with its parent company are still ongoing.

Renault Samsung has been competing hard to win XM3 orders against Renault’s another plant in Valladolid, Spain. The latest order is an achievement from both the company and workers at the Korean factory that have made efforts to enhance the manufacturing quality, said Renault Samsung.

“Another SUV model QM6, produced solely at the Busan plant for exports to 80 countries, recently earned the highest score in the quality test conducted by the parent company, helping it draw new orders,” said a company official.