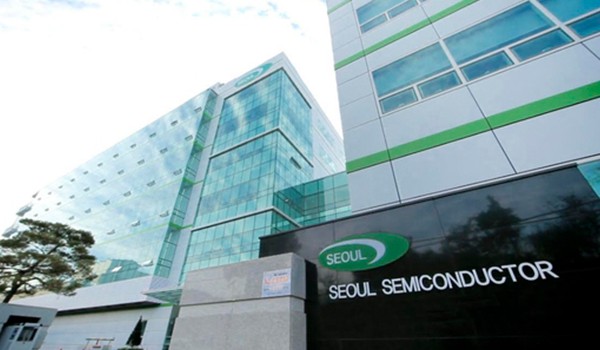 Seoul Semiconductor said on Tuesday that the California court in the U.S. issued a permanent injunction against the sales of Philips TV signage (or LED display) and of Feit Electric’s LED bulbs. The court ruled that the two products infringed unique technology patents of Seoul Semiconductor.

The latest ruling is the second of its kind after Seoul Semiconductor won permanent injunction against the sales of Philips LED TV products sold at Fry’s Electronics, the largest big-box home appliance retailer in the U.S., in October 2019.

The court also issued injunction against LED bulbs. It ruled that the lightings – made by the largest lightbulb manufacturer Feit in the U.S. – stole LED technology unique to Seoul Semiconductor. In particular, the company infringed patents related to semiconductor layer growth technology, processing technology to make LED chips and LED packaging technology.

Filament LED is a product that has been gaining attention for its classic design over incandescent light in the market. Filament LED technology was developed by University of California, Santa Barbara (UCSB) in cooperation with Seoul Semiconductor provided support since 2004. UCSB that owns the patent filed an injunction with International Trade Commission last month against imports of about 100 products of six manufacturers including Feit and Philips.

Seoul Semiconductor – founded by Lee Jeong-hoon in March 1987 – is the world’s only LED manufacturer that develops and produces all wavelength range LED products based on 30 years of optical semiconductor research, according to the company. Products include 200 nanometer ultraviolet ray, visible ray, and 1,400 nanometer infrared light laser diode.

The company invested over $1 billion in research and development over 20 years and owns the world’s most 14,000 patents in LED technology.

Lee, in particular, is considered a strong player in the patent litigation market as the company had won all 30 lawsuits over the past three years.