Apartments costing near $1 million per 3.3 square meters nearly triple in Seoul in 2 years 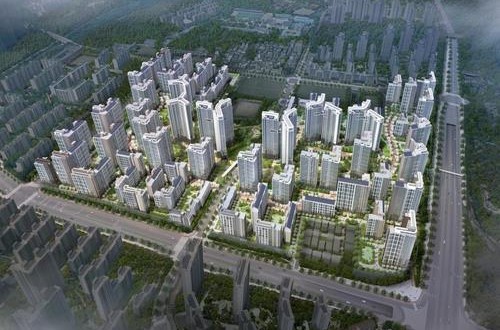 The H Firstier I Park in Gangnam-gu. [Photo by Hyundai E&C]

Apartment complexes whose unit sold 100 million won ($84,595) per 3.3 square meters (35.52 square feet) in Seoul totaled 52 so far this year, nearly tripled from two years ago to underscore the overshooting in home value in the capital amid frenzied buying spree this year.

A study by local real estate market data tracker 10000-lab.co.kr found 52 apartment complexes in Seoul valued 100 million won or more per 3.3㎡ this year as of Sept. 14, compared with 45 last year and 19 in 2018. The study was based on apartment prices of completed sale transactions, published on the Ministry of Land, Infrastructure, and Transport website.

The most expensive apartment complex in Seoul so far this year is The H Firstier I Park in Gangnam-gu, a district in southern part of the capital city with posh neighborhoods. A 56.57-㎡ apartment unit in the complex was sold at 3.09 billion won in March, or 180.9 million won per 3.3㎡. The complex is currently undergoing reconstruction for upgrades.

Except The H Firstier I Park, all of the top 10 most expensive apartment complexes in Seoul this year showed a rise in transactions from June to August, when the Korean government unleashed a slew of stronger regulations on housing purchases and loans to rein in speculative trading, according to the real estate market tracker’s report.

“Home buyers are increasingly turning to upmarket homes in the most favored neighborhoods after the government proposed to double taxes on owners of two or more homes in hot residential areas, said Oh Dae-yeol of the property market research firm.