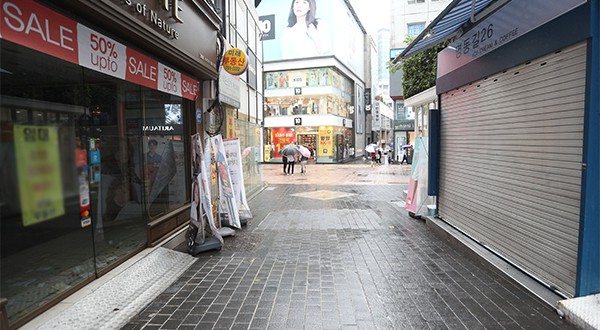 As many as 80,000 workplaces in South Korea are sustaining payroll entirely on government subsidy, exceeding total 1,514 locations of last year and raising alarm about the fate of their employees once the state retention program ends in year-end.

According to the Ministry of Employment and Labor on Monday, 80,178 businesses have signed up for the state subsidy for workforce retention from Jan. 29 to Sept. 11, soaring from total 1,514 applicants for a whole year last year.

The government has been providing the special benefits to some hardest-hit businesses to keep payroll on minimum paid leave instead of letting them go. The subsidy was supposed to expire at the end of this month for many companies as most businesses applied for the benefits around March and April during the first wave of virus infections. But the government decided to extend the maximum coverage period from 180 days to 240 days last month after virus infections resurged in August.

The subsidy extension will relieve payroll burden for many businesses for a while, but some raised concerns that the support is just a stopgap measure because most of them have been already severely hurt.

The budget earmarked for the funds amounts to 2.16 trillion won ($1.8 billion) this year, according to the labor ministry, which is 32 times higher than that for last year.