LG Household & Health in a regulatory filing on Wednesday said its consolidated operating profit for the quarter ended December 2019 jumped 14.3 percent from a year ago to a record high of 241 billion won ($204.4 million) for the quarter. Sales surged 18.5 percent on year to 2.01 trillion won, breaching the 2 trillion-won threshold for the first time on a quarterly basis.

Cosmetics business delivered an operating profit of 897.7 billion won last year on sales of 4.74 trillion won, with the figures gaining 14.7 percent and 21.5 percent, respectively, from a year-ago period. Its luxury line The History of Whoo maintained solid growth worldwide with revenue expanding to 2.58 trillion won, vying with global brands such as Estée Lauder, Lancome and SK2. The high-end lines LosecSumma of Su:m 37 and The First of OHUI also continued high growth. 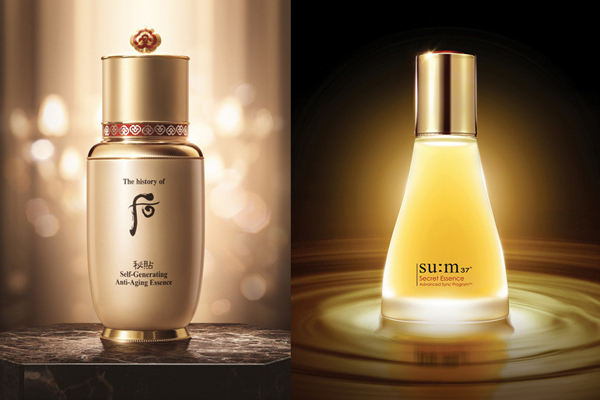 For the fourth quarter, beauty division’s operating profit increased 11.1 percent from the same period of the previous year to 213.8 billion won on a 27.3 percent on-year gain in sales to 1.34 trillion won.

Beverage business also saw its operating profit for last year grow 12.1 percent on year to 152.7 billion won and sales were up 5.1 percent to 1.45 trillion won, driven by key brands such as Coca Cola, Sprite and Power Aid.

LG Household & Health said business performance stayed strong across the board last year with over 10 percent growth each quarter despite some challenges from the economic slowdown and the trade war between the U.S. and China.

By Lee Yoon-jae and Minu Kim