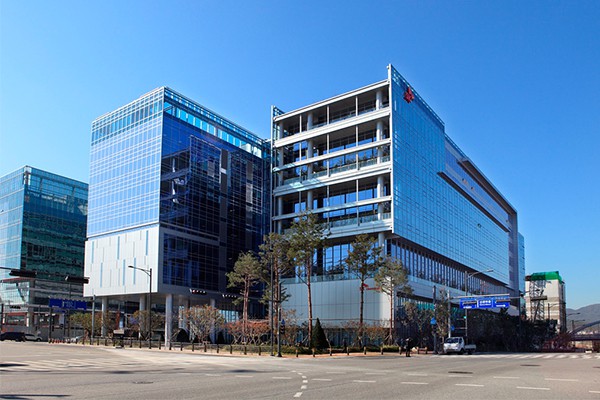 이미지 확대
SK bio shares which flew high on multiple upsides went jittery upon the announcement that AstraZeneca has temporarily halted trials of its coronavirus vaccine project where a vaccine developing unit of the Korean conglomerate is included due to safety concerns.

On Tuesday, the British-Swedish pharma giant decided to pause its Phase 3 coronavirus vaccine trial because of a serious adverse event in a single British participant. Trials ongoing in other countries will also be stopped.

The company’s shot hopeful being developed in partnership with Oxford University is considered a frontrunner in the fight against COVID-19.

The UK’s health minister Matt Hancock rushed to defend AstraZeneca’s decision, saying that the pause is not necessarily a setback to its vaccine development schedule. But AstraZeneca shares fell more than 6 percent in after-hours trading Tuesday. 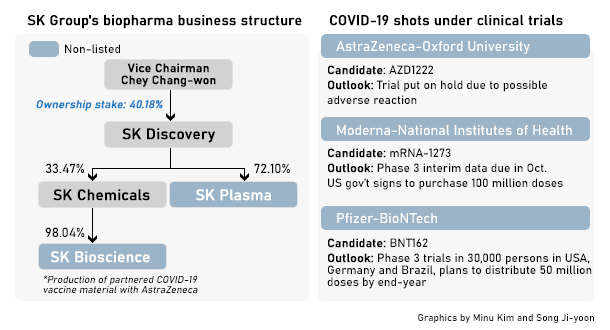 이미지 확대
The pause came a day after the leaders of nine pharma companies signed a pledge that they would be guided by science and prioritize safety in the development of a coronavirus vaccine. AstraZeneca is the first to stop its ongoing trials among the companies. Experts say that it is not uncommon to discontinue clinical trials due to safety issues, but AstraZeneca’s pause could dampen ongoing vaccine trials by other developers.

Korean investors reacted with disappointment to the news, selling off their holding in SK Chemicals and its subsidiary SK Bioscience. In July, SK Bioscience signed an agreement with Korea’s health ministry and AstraZeneca, to contract manufacture the latter’s COVID-19 vaccine candidate AZD1222. 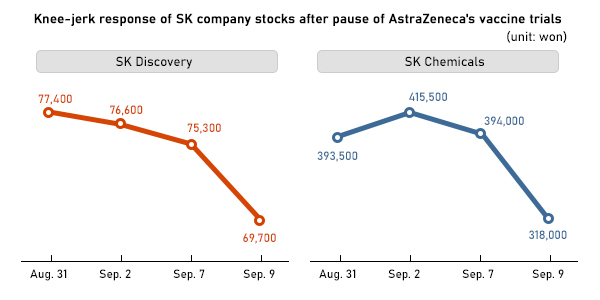 Part of the AZD1222 vaccine had been scheduled to be manufactured at SK Bioscience’s plant in Andong, Gyeongbuk in Korea. Additional manufacturing beyond their current contract term was also agreed on the condition of AstraZeneca’s successful vaccine development.