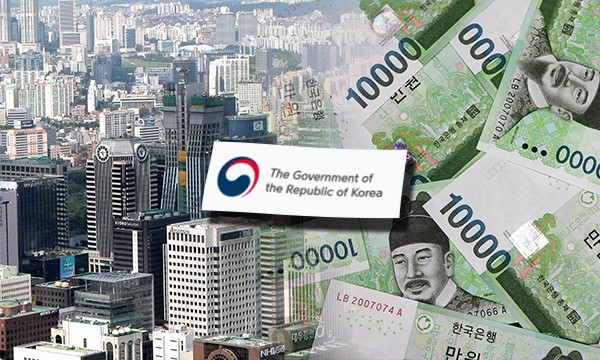 이미지 확대
The red in South Korean public balance stretched to near 100 trillion ($84 billion) despite an increase in tax revenue for the first time this year in July after three rounds of supplementary budgets and at this rate, the fiscal deficit is projected to reach 691 trillion won by 2022, according to the finance ministry..

According to data released by the Ministry of Economy and Finance, total revenue came to 280.4 trillion won in the January-July period and total expenditure 356 trillion won. When excluding social security funds including pension and employment insurance, the country’s fiscal deficit was 98.1 trillion won during the cited period.

In July alone, national tax income stood at 35.6 trillion won, up 2.4 trillion won from a year ago, marking the first on-year increase this year. 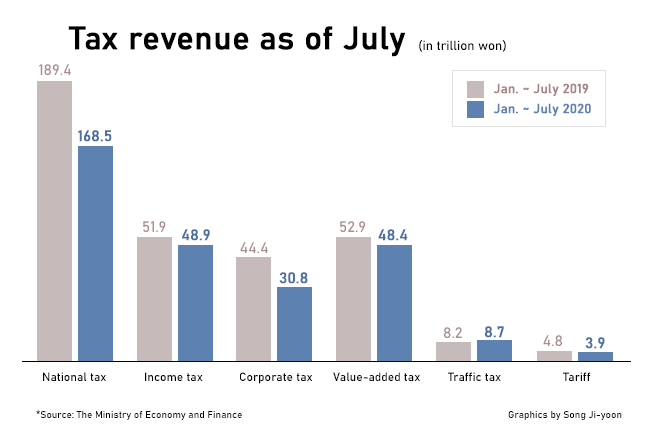 이미지 확대
The consolidated fiscal account – which is total revenue minus total expenditure – posted a surplus of 14.4 trillion won in July but a deficit of 75.6 trillion won in the January-July period. The deficit widened from last year’s 51.3 trillion won.

The ministry said 71.7 percent of projects subject to early execution by central government and public institutions this year were carried out as of July.

A separate document submitted by the government to the National Assembly showed on Monday 593.1 trillion won or 62.8 percent of 945 trillion won worth of national debt next year has been booked as deficit, which is up 81.9 trillion won from 511.2 trillion won that includes three extra budgets.

National debt includes general debt and a deficit. Debt in general can be repaid as it is backed by national housing funds and foreign exchange stabilization bonds. But deficit, or the net money taken in if negative, would have to be covered by tax revenue.