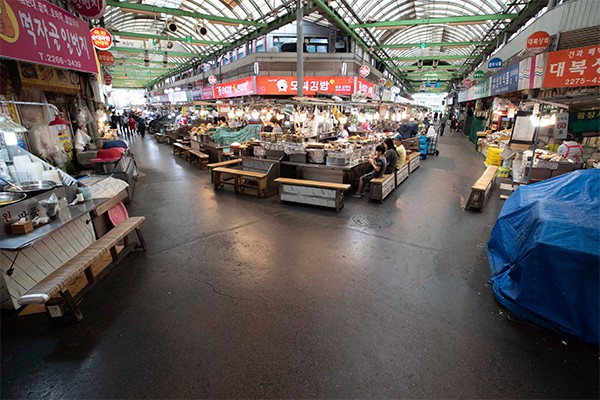 South Korea is readying to hand out its second coronavirus relief money, but this time selectively to those in dire need as the government is seriously running out of money after packaging the fourth supplementary budget of around 7 trillion won ($5.9 billion).

According to the fourth extra budget plan agreed by the government and ruling Democratic Party on Sunday, the second round of relief funds would first go to independent contractors like door-to-door salespeople and delivery workers.

The government had given out 1.5 million won over three months from May to independent contractors and other vulnerable workers who have been hit especially hard by the coronavirus crisis. The government plans to extend the per-month virus relief support of 500,000 won by three to four months. Those subject to additional aids will be sorted out based on the data collected from making the first round of handouts. 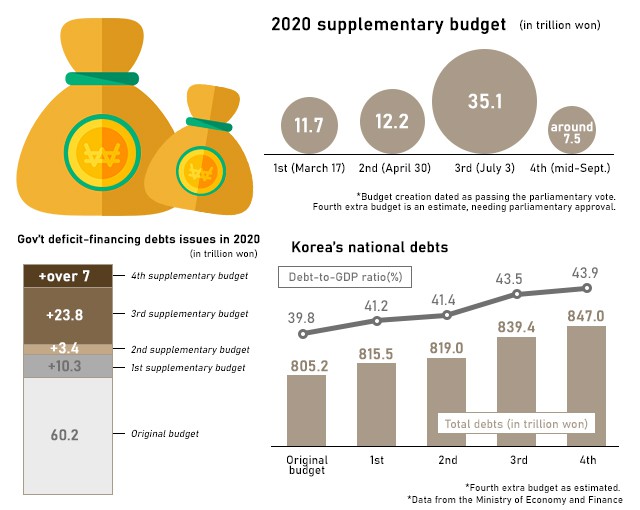 이미지 확대
The second round of the virus relief aids will also be made to small merchants who have been hurt significantly under the social distancing measures. Small businesses like internet cafes and noraebang, or singing rooms over 12 sectors have been forced to limit business hours or even close to curb virus spread. The government plans to give up to 2 million won aid to those businesses over four months.

The finance ministry plans to draw up specific relief scheme this week.

Low-income households as well as families with child(ren) in elementary school will also receive additional supports.