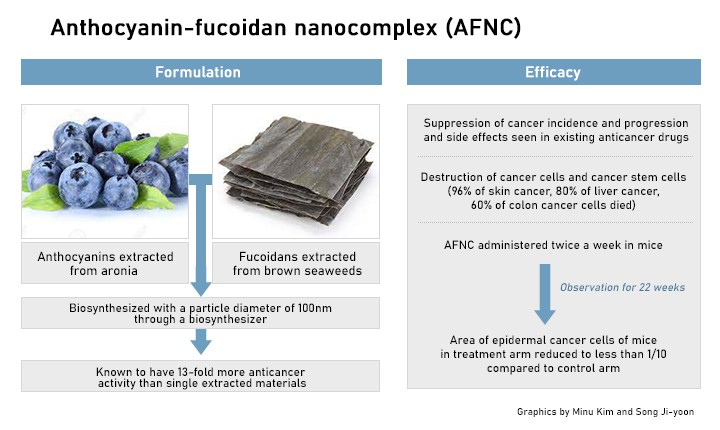 이미지 확대
South Korean biotech company JBKLAB Co. said that it is developing an innovative nature-derived oncology drug that could kill tumors without serious side effects with an aim to start clinical trials in cancer patients next year.

As a solution, his company dedicated to natural source-based functional materials for nutrition and medical applications is developing an anthocyanin-fucoidan nanocomplex (AFNC).

The new candidate is a biosynthetic blend of anthocyanins commonly extracted from aronia and fucoidans from brown seaweeds. The nanosized anthocyanin-fucoidan complex with enhanced gut absorption and chemical stability is known to have 13-fold more anticancer activity than single extracted materials. 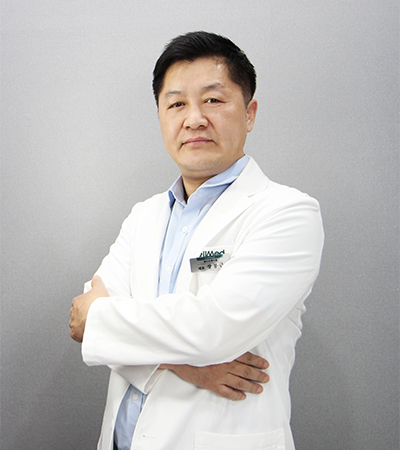 Test results were positive in four-year preclinical data. The AFNC was administered twice a week for 22 weeks in mice with skin cancer, liver cancer, and colorectal cancer. As a result, 96% of skin cancer, 80% of liver cancer, and more than 60% of colon cancer cells died. These results were recently published in the peer-reviewed literature, World Journal of Pharmacy.

Jang said his company will initiate a phase 1/2 clinical trial of the drug next year, saying patients will be able to safely intake it at least four times a week.