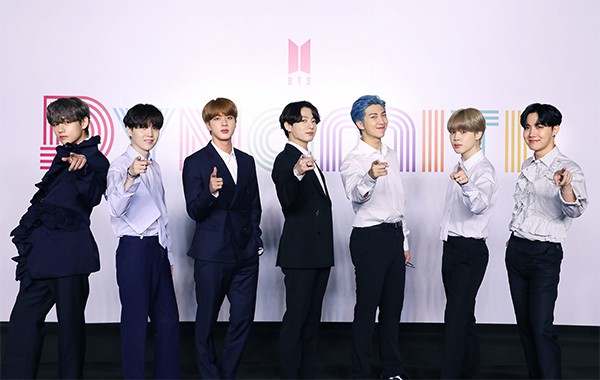 K-pop superstar BTS is set for a huge windfall as their producer Big Hit Entertainment has rewarded all seven members with equity shares ahead of its initial public offering next month that could make each member $20 million richer upon trading.

Bang Si-hyuk, chief executive and biggest shareholder of Big Hit, handed out 68,385 shares to each member last month, according to its regulatory filing Wednesday.

If the IPO price doubles on the first day of trading and hits the daily limit, the shares held by each member could be worth up to 24 billion won.

Big Hit said the decision was made to “strengthen its long-term partnership with key artists and motivate them by sharing the company wealth.”

Bang said in an online briefing that the company was able to avoid the blow of the coronavirus pandemic through sales generated from albums and other sources. Big Hit raked in an operating profit of 49.7 billion won on sales of 294 billion won in the first six months of the year, roughly similar to last year’s levels.

BTS is now eyeing the Grammys after their new single “Dynamite” became the first K-pop song to debut atop the Billboard Hot 100.

An industry expert said BTS members all renewed their contracts with Big Hit last year without a hitch and that the latest stock incentives are further evidence of the strong working relationship between the two parties.