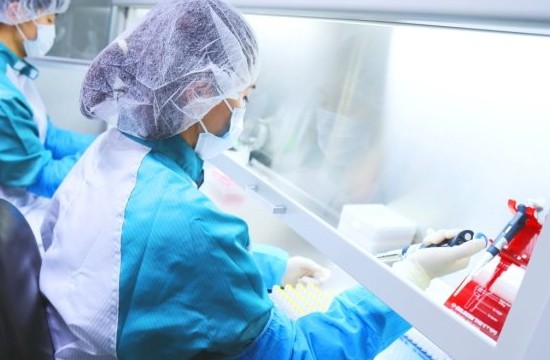 Those stocks showed mixed performances on the Korean market. Shinpoong Pharmaceutical gained 4.6 percent to close Thursday at 75,100 won in the main Kospi, while Alteogen ended down 1.21 down at 187,700 won and Seegene 4.9 percent lower at 273,700 won in junior Kosdaq market.

Despite market expectations, SK Biopharmaceutical failed to join the index in the latest rebalancing because it failed to meet the MSCI’s free floating-adjusted market cap requirement, according to NH Investment Securities analyst Noh Dong-gil.

On the other hand, Helixmith, Daewoo Engineering & Construction and Hyundai Department Store were removed from the index due to the failure to satisfy its market cap requirement.

State-run Industrial Bank of Korea (IBK) avoided exclusion, but the fall in current ratio would lead to a slight money outflow, according to market experts. Current ratio is a liquidity ratio that measures a company’s ability to pay short-term debt.

The new index adjustment will take effect on August 31.

Noh advised investors sell the newly joined stocks on August 31 to raise profit as passive money mostly flows into the domestic market on the day.