South Korea’s top game publisher NCSoft Corp. stagnated in the second quarter against its best-ever first quarter as sales from mega-hit mobile game Lineage 2M began to fizzle out, but raised outlook for the rest of the year with packed pipeline.

NCSoft in a regulatory filing on Thursday reported 208.98 billion won ($17.7 million) in consolidated operating income for the second quarter ended June 30, down 13.4 percent from three month ago but up 61.5 percent from the same quarter last year. Net profit fell 18.96 percent to 158.4 billion won from the first quarter, although it gained 35.5 percent compared to a year earlier.

Sales came to 538.6 billion won, plunging 26.3 percent compared to best-ever quarterly sales made three months earlier. Against a year-ago period, it was down 31.1 percent. 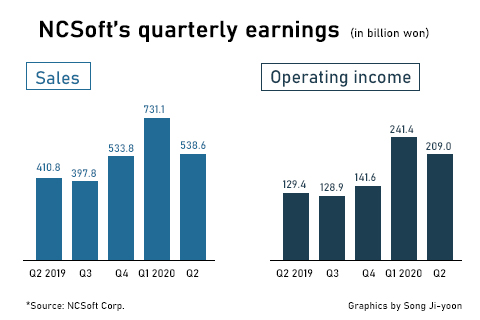 이미지 확대
Mobile labels that contribute 66 percent for the company’s sales fell more than 35 percent to 357.1 billion won from 553.2 billion won in the previous quarter.

Linege 2M remained the top seller. But the second mobile series of its mega-hit medieval fantasy game Lineage that made market debut in November last year delivered revenue of 197.3 billion won, or just 57.8 percent of what it made three months ago. The first of Lineage M series sold 159.9 billion won.

For now, Taiwan is the only market decided for Lineage 2M launch, said Yoon Jae-soo, chief financial officer, said in a conference call. The company is uncertain whether it will be able to roll out the mobile label in other markets during the first half of next year, he added. 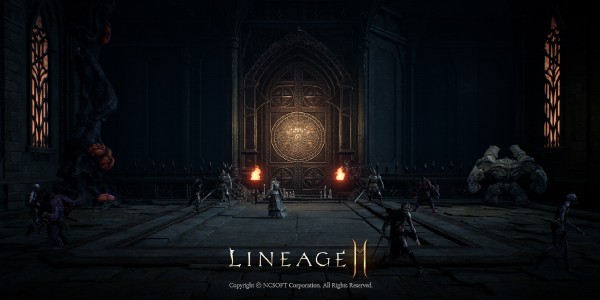 The firm is preparing new game titles including Blade & Soul 2, with a plan to start release later this year. The next mega game dubbed “Project TL” is being tested for release next year.