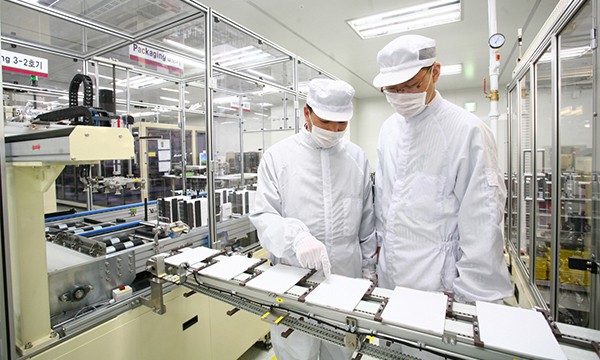 South Korea’s LG Chem Ltd. reported more than doubled operating profit in the second quarter as electric vehicle demand stayed robust despite virus pandemic and further cemented the leadership of the world’s battery bestseller, with the order book packed for the third quarter.

In its regulatory filing on Friday, LG Chem announced its consolidated operating profit in the April-June period reached 571.6 billion won ($480 million), sharply up from 206 billion won a quarter ago and 247 billion won a year earlier.

Net profit ballooned more than 11-fold from the previous quarter and five-fold from a year-ago to 419.1 billion won. The three-digit gains in bottom line overwhelmed the number in the top, pushing the operating margin 8.2 percent, its best since the third quarter of 2018.

Sales added 3.1 percent from three months ago and 2.3 percent against a year earlier to total 6.94 trillion won in the period.

The stellar performance in the second quarter was mainly driven by solid demand for electric vehicle batteries despite the coronavirus spread. LG Chem which commanded 27.1 percent of the global EV battery market is expected to maintain a comfortable lead.

Battery division delivered an operating profit of 155.5 billion won on revenue of 2.82 trillion won, making the best-ever earnings for its battery business upon rising demand for EV batteries in China and Europe amid stricter environmental regulations.

During an earnings conference call, the company projected its battery sales in the third quarter would surge more than 25 percent from the second quarter on expectation for higher demand from anticipated releases of new EV models by European major customers, including Volkswagen, and small batteries amid strong demand for IT devices. The company also forecast its sales for 2020 should top 13 trillion won.

이미지 확대
Profitability of the petrochemical business also improved in the second quarter.

The petrochemical business posted an operating profit of 434.7 billion won on sales of 3.31 trillion won. Sales slid from the previous quarter due to low oil prices but operating margin recovered to double-digits of 13.1 percent for the first time in five quarters thanks to a recovering spread from expanded orders from China.

The advanced materials business reported 35 billion won in operating profit, with sales of 789.2 billion won. Overall market demand for IT and displays slowed but profitability improved on lower prices of raw materials and cost-reducing efforts.

Its pesticides and fertilizer making subsidiary Farm Hannong raised 11.6 billion won in operating profit on sales of 177.8 billion won during the same period.

“In the third quarter, the company will keep up growth momentum by maintaining profitability in the petrochemical business and brining more growth in the battery division to establish a strong business structure for stable earnings,” said Cha Dong-seok, chief financial offer at LG Chem.