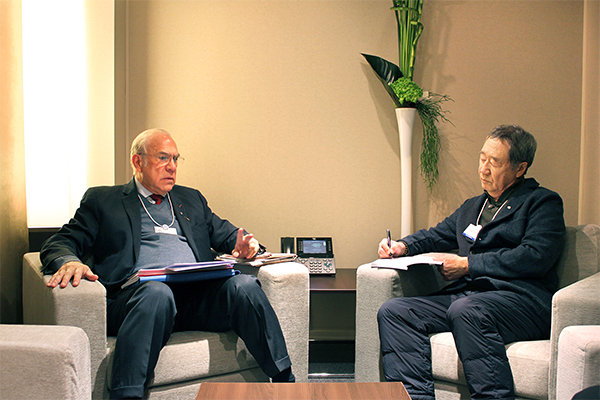 Korea needs to come up with urgent measures to tackle the accelerated aging of the population, Gurria told Chang Dae-whan, Chairman of Maekyung Media Group, in an interview during their visit to the World Economic Forum in Davos, Switzerland.

South Korea is one of the world’s fastest aging countries. The share of people aged 65 or older was 15.5 percent out of the total population as of the end of 2019, up from 14.2 percent in 2018. A study by Statistics Korea showed that Korea will become the world’s most aged society by 2067, with the senior population to make up 46.5 percent of the population.

Plummeting marriage rates and dismally low child births are largely to blame for the country’s demographic crisis. Korea’s fertility rate, which measures the average number of children a woman will have in her lifetime, hit a record low of 0.98 in 2018, making it the only country in the world with a rate below 1. For comparison, Japan’s fertility rate was 1.42, Singapore’s 1.14 and Hong Kong’s 1.07. The OECD average was 1.68.

Gurria advised Korea to make full use of its female workforce to make up for the rapidly shrinking working age population. Females accounted for 59.4 percent of the country’s total labor force in 2018, according to OECD data. The average female participation rate for OECD countries was 64.6 percent.