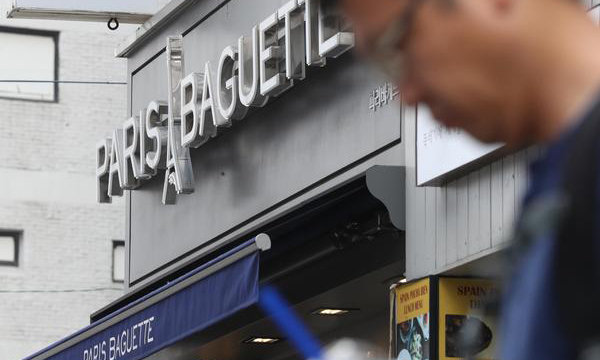 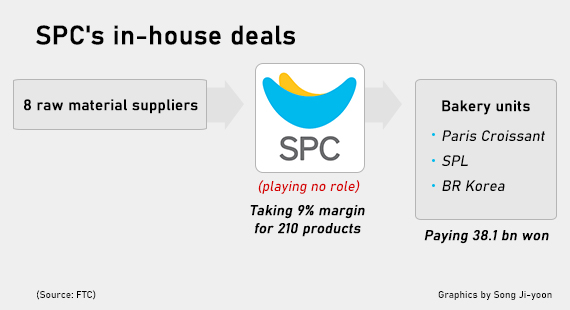 이미지 확대
The group was found to have forced Paris Croissant, SPL and BR Korea to buy raw materials including flour and eggs through Samlip from September 2013 to July 2018. The unfair profit amounted to 38.1 billion won, according to the FTC probe.

SPC argued that Samlip played a role as an intermediary and what the affiliates paid was a “passage tax”, but the FTC said there was no evidence that proved the Samlip’s role was necessary for the transactions.

The watchdog also added that Samlip took a huge profit from the shady deals and consumer prices were raised due to the practice. Sales of Samlip shot up from 269.3 billion won in 2010 to 1.01 trillion won in 2017.

Samlip was also charged with buying a distribution network of its sibling bakery unit Shany at 2.8 billion won, much lower than the market price of 4 billion won, and using Shany’s trademark for free for eight years.

SPC strongly denied the argument because Samlip is a company in which the family owners hold a relatively small amount of stake and has many minority shareholders.