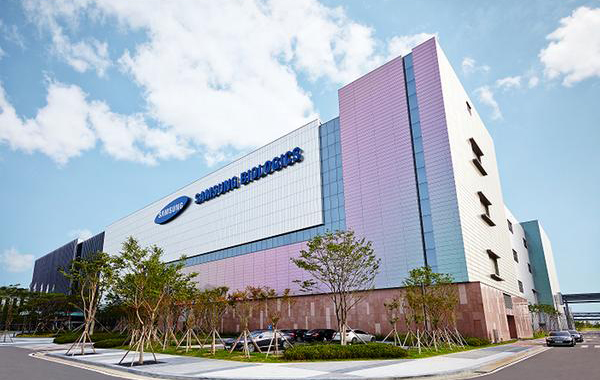 The company announced in a regulatory filing on Wednesday that its operating profit for the final three months of 2019 on a consolidated basis reached 107 billion won ($91.7 million), soaring 353 percent from the previous quarter and 830 percent from the same period of the previous year. The figure came 140 percent higher than the market estimate of 44.3 billion won.

Boosted by the stellar results, shares of Samsung BioLogics jumped 6.86 percent to close Thursday at 483,000 won, after touching a new 52-week-high of 493,000 won in the morning.

The company attributed the strong performance to the increased factory utilization for all of its 1, 2, 3 plants, as well as favorable currency conditions. The dollar rose 6 percent to average 1,166 won in 2019 from a year earlier, according to the Bank of Korea.

The company also plans to establish a CDO R&D lab in San Francisco this year, and increase the order volume for its factory 3 to 60 percent of its capacity by the end of the year.