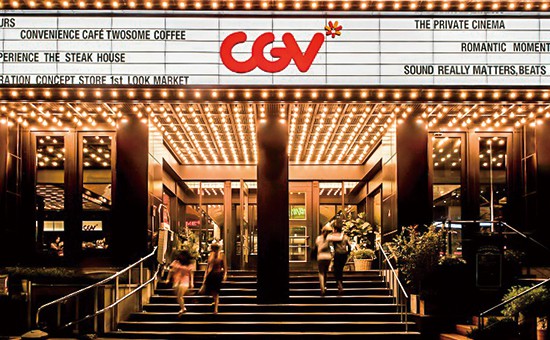 이미지 확대
South Korean companies lost almost 12,000 from their payrolls since the outbreak of COVID-19.

According to the study on 498 companies out of the country’s top 500 companies by CEO Score, a Seoul-based business tracker, the number of employees subscribed to employer-subsidized pension coverage was tallied at 1,650,345 as of the end of June, down 11,880 from February.

The figure gained 3,747 during the same period a year ago, suggesting that the coronavirus has precipitated the streamlining.

The number declined in 15 sectors out of total 22 industries surveyed. The retail sector took the biggest hit with the number of the national pension subscribers down 2,519 over the period.

But the petrochemical industry added more than 2,016 national pension holders despite the struggle of the oil refiners, due in part to SK Innovation’s aggressive investment expansion, the site observed.

이미지 확대
CJ CGV, multiplex cinema chain under CJ Group, shed the biggest number of employees during the period when theatres mostly stayed closed to contain the virus spread. The company lost 2,508 national pension subscribers. Due to the plunging number of visitors, it shuttered some theaters and cut the screening schedules of those in operation. It also received voluntary early retirement applications for the first time since its founding.

COVID-19 environment however added jobs at 201 firms mostly in online and logistics services.

The country’s largest e-commerce platform Coupang showed the largest increase of 3,521 in the number of national pension holders in its payroll, as a result of its massive hiring of delivery employees due to the surge in online shopping transactions. Coupang now has more than 10,000 delivery staff, surging from 5,000 at the end of last year, according to sources.