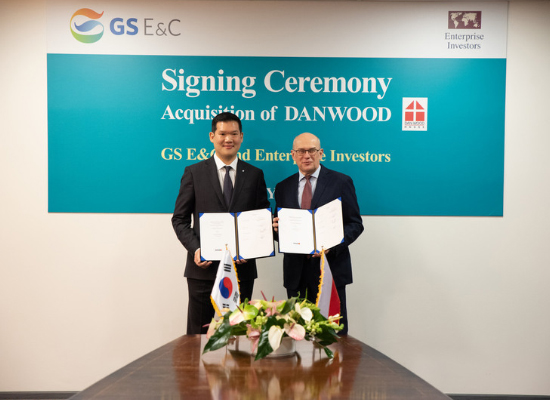 The company is also in talks with another prefab house supplier based in the U.S. to sign an acquisition deal by next month. The modular construction market is fast growing not only in advanced markets but also in Korea due to aging workers, higher labor costs and stricter environmental regulations.

GS E&C aims to increase its presence in the overseas market by creating synergy through the latest acquisition. Last month GS E&C advanced into India’s solar power plant market and is planning to establish a lithium-ion battery recycling plant in Pohang, Korea by 2022. It is also readying to start elevator manufacturing and asset management business within the first half of this year.

GS E&C’s new business division is now headed by Huh Yoon-hong, who was promoted to the current position last month. Huh is often mentioned as one of the founding family`s fourth-generation leaders who will oversee GS Group as son of Huh Chang-soo, who stepped down as the group chief in December. The leadership then was handed over to his younger brother Huh Tae-soo, vice chairman and chief executive of GS Home Shopping Inc.

By Choi Jae-won and Lee Ha-yeon