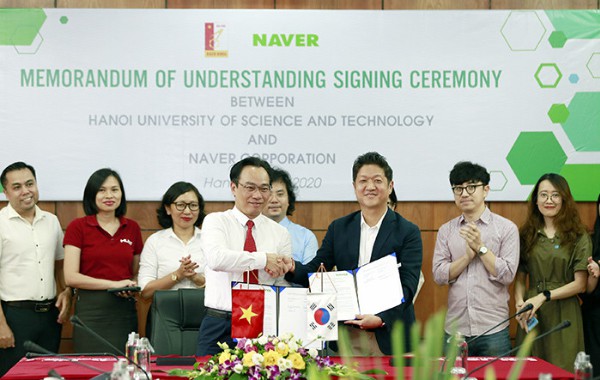 South Korean internet giant Naver Corp. said it will cooperate with Hanoi University of Science and Technology (HUST) as one of its partners for artificial intelligence research.

HUST founded 1956 is the first and largest technical university in Vietnam with 34,000 incumbent students including 1,700 master’s and doctoral degree candidates.

During its developer conference DEVEIW last year, Naver announced it will build an AI research belt by connecting its R&A labs in Korea, Japan, and France, as well as Southeast Asia, centered around Vietnam boasting of the world’s 10th largest number of developers.

In France, Naver Labs Europe operates as the region’s largest AI tech research house, which was acquired from U.S.-based Xerox Corp in 2017.

The company declared the launch of the research belt during a global workshop held at Naver Labs Europe last November. The latest partnership with HUST aims to deepen industry-academia cooperation and foster and secure excellent AI researchers in Vietnam.

Their joint projects to be led by HUST professors and students and engineers from Naver, Naver Labs and Naver Labs Europe include the development of various AI and robot technologies.

Naver and HUST also agreed to set up a joint research lab inside the university.

By Oh Dae-seok and Minu Kim