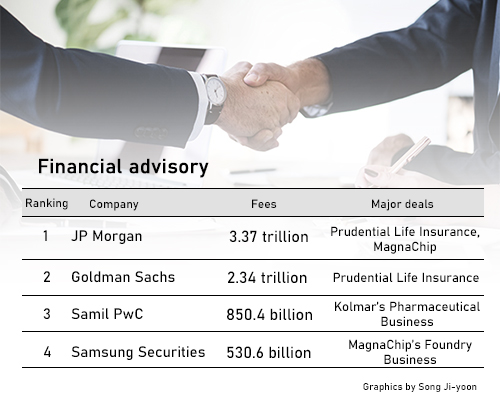 The Korean unit of the New York-based investment bank topped the list of the M&A league table by closing 3.37 trillion won ($2.8 billion) worth deals in Korea in the first half, according to data released by Maeil Business Newspaper on Thursday.

The company grabbed the No.1 position by advising multiple big deals including the sale of Prudential Life Insurance, the Korean operation of U.S.-based Prudential Financial Inc., at 2.34 trillion won. It also led 530.6 billion won worth sale of Magnachip Semiconductor’s foundry business and Cheungju factory and 502 billion won worth sale of waste treatment firm Korea Environment Technology despite the sluggish deal pipeline due to the impact of COVID-19. 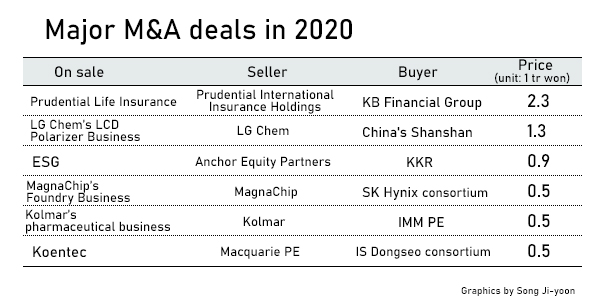 이미지 확대
Kim&Chang became the No.1 legal advisor by helping 11.86 trillion won worth deals. It advised KB Securities to acquire Prudential Life Insurance and helped Celltrion to take over the primary care business unit in the Asia-Pacific region of Japanese Takeda Pharmaceutical.