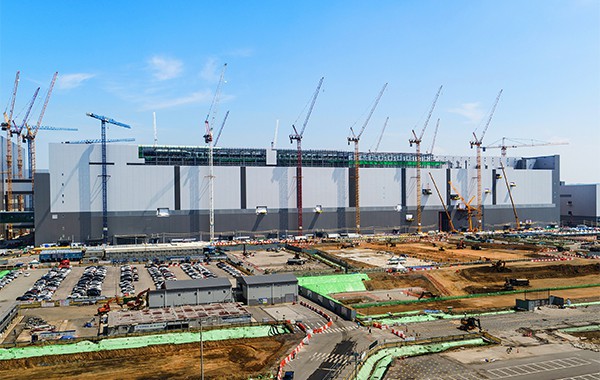 South Korea’s chipmaker Samsung Electronics Co. announced it has embarked on construction to add a next-generation fab devoted to NAND flash memory at its chip campus at Pyeongtaek, Gyeonggi Province, to meet demand of big-data technologies.

The world’s largest memory chipmaker said that the cleanroom addition at No. 2 line in Pyeongtaek will begin mass production in the second half of 2021.

The latest investment comes on the heels of 10 trillion won ($8 billion) investment to add 5-nanometer foundry at Pyeongtaek.

The investment is to meet growing mid- to long-term demand for NAND flash memory amid emerging fourth industrial revolution led by AI and IoT technologies and 5G expansion, the company said in a statement.

Samsung Electronics pledged 133 trillion won spending by 2030 to become No. 1 in system chipmaking after cementing leadership in memory. As of March this year, the chipmaker accounted for 33 percent of global NAND sales and 44 percent of DRAM.

The two production lines at Pyeongtaek Campus – created in 2015 – is Samsung Electronics’ advanced base for next-generation memory. They are world’s largest fab in the industry. Samsung Electronics plans to mass produce cutting edge V-NAND products at line No. 2.

“The new investment reaffirms our commitment to sustain undisputed leadership in memory technologies, even in uncertain times,” said Choi Cheol, executive vice president of memory global sales and marketing at Samsung Electronics. “We will continue to serve the market with the most optimized solutions available, while contributing to growth of the overall IT industry and the economy in general.”

Samsung Electronics currently operates NAND flash production line in Hwaseong and Pyeongtaek both in Gyeonggi Province, and in Xian in China. The company plans to solidify its leading market position by maintaining stable global supply network through balanced investment at home and abroad.