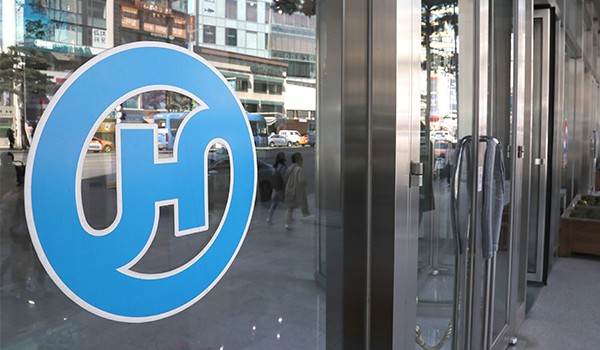 Shares of Hanjin KAL, the holding entity of the country’s transportation giant Hanjin Group, on Tuesday soared 23 percent before ending the session with a 14.21 percent gain at 90,000 won ($72.90). Trading volume also surged to 8 million shares versus the average daily trading volume ranging between 300,000 shares and 700,000 in the previous three sessions.

Market analysts noted that Hanjin KAL stock trading volume shot up on Tuesday after an “other entity” purchased 1,224,280 shares in the company, which is worth 110 billion won based on the day’s closing price.

Given that an “other entity” refers to a general corporation which is not institutional investors such as financial entities and pension funds, market observers suspected that it was Bando Engineering & Construction (Bando E&C), a member of a three-way alliance that has been seeking to unseat current Hanjin KAL Chairman Cho Won-tae. The other two members of the union are Chairman Cho’s older sister Hyun-ah and Korean activist fund Korea Corporate Governance Improvement (KCGI).

Bando E&C had previously bought Hanjin KAL shares under the “other entity” category. The last time the heiress-led alliance purchased Hanjin KAL shares was right after the shareholder meeting in the end of March.

Korean Air Lines logged 700 billion won in net loss in the first quarter ended March this year mainly due to the COVID-19 pandemic that has put a halt to overseas trips, forcing the company to face a liquidity crisis. Outlook for its second quarter earnings looks grimmer amid the prolonged pandemic that has keep many countries’ borders closed to stop the spread of the coronavirus.

As part of self-rescue efforts, Korean Air Lines on May 13 announced to sell 1 trillion won worth new shares to raise capital, while state lenders the Korea Development Bank (KDB) and Export-Import Bank of Korea decided to provide 1.2 trillion won in liquidity support to Korean Air Lines.

The union’s stake ownership in Hanjin KAL jumped from 42.75 percent to 44.75 percent. Chairman Cho and other interested parties own 41.3 percent shares.

With the latest stake purchase, the alliance is expected to challenge against Chairman Cho again in a shareholders’ meeting after July when Bando E&C would be allowed to exercise its voting rights on its holdings of exceeding the 5 percent limit.