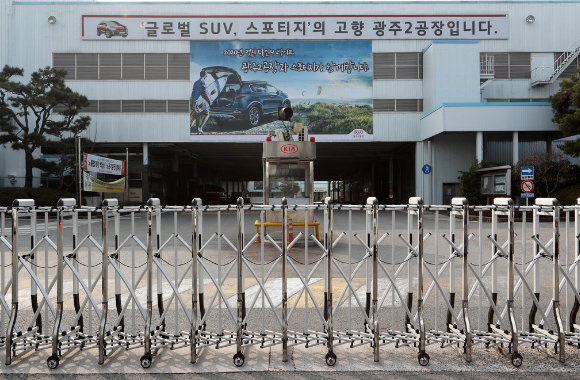 South Korea’s second largest automaker Kia Motors will extend domestic shutdown as it grapples with slack demand even as race is heating up over global demand, with automaking activity more than 80 percent back to normal.

Kia Motors Corp. has decided to keep its No. 2 line in Gwangju plant closed for two weeks by pushing back the shutdown until June 5 instead of reopening Friday after closure from Monday.

The No. 2 line responsible for turning out Sportage and Soul models shut down first from April 27 to May 8 due to reduced shipments to North America and Europe amid coronavirus outbreak. The line churns out a daily average of 900 units. About 15,000 cars will be affected from the suspension.

The shutdown of the production line is expected to inevitably affect about 250 first- to third-tier suppliers of Gwangju auto plant.

It is the first time for Kia Motors’ Gwangju plant to shut down operations due to “external factors” since 1999 when it went under Hyundai Motor family.

The No. 1 production line at Kia Motors’ Gwangju plant produces Soul and Seltos, No. 2 Sportage and Soul, and No. 3 trucks and large buses. Their combined daily production is 2,000 cars.

The shutdown poses a setback for the Korean brand as its overseas competitors are quickly normalizing operation and output.

According to Korea Automobile Manufacturers Association, 83.5 percent of auto plants in 13 major car-producing countries were in operation as of May 19, up 54.7 percentage points from 28.8 percent on April 16. The report showed that vehicle plants particularly in North America, Europe, and India have gradually returned to operations recently, in addition to those in North Asia including South Korea, China, and Japan that resumed operations in mid-April.

Vehicle plants in major European countries – Germany, France, and Spain – also resumed operations from the end of April and the United States and India from early this month.

Auto plants of car brands such as BMW and Mercedes Benz also reopened in Mexico and Brazil in Central and South America from mid-May. 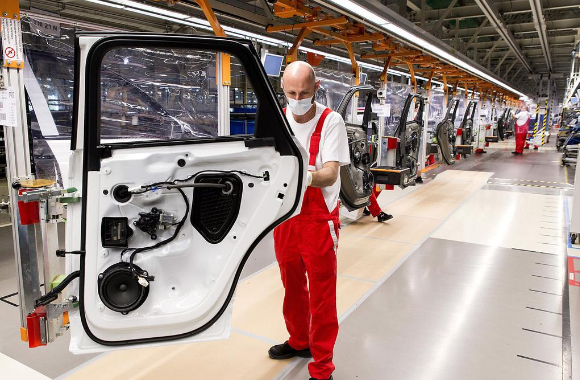 이미지 확대
Actual production, however, remains low due to limited resumption of the plants as there are issues related to slowdown in demand due to the coronavirus outbreak, continuous lockdown policy in countries, prevention measures against virus infections, and delay in component supply.

Over 80 percent of auto plants managed by European brands – Volkswagen, BMW, Benz, and Renault – in Germany, France, and Spain, were in operation as they resumed from the end of April.

Auto plants managed by American brands in North America also showed significant increase in operations in just one month after reopening – up from 10-something percent.

Also, 90 percent of car plants managed by Japanese brands excluding financially-troubled Nissan were up and running.

With gradual normalization of auto plants of global automakers, competition is expected to intensify, making it difficult for Korean automakers to expand market share in the second quarter ending June. Global demand is also anticipated to slow down even further in the April-June period, affecting local automakers that depend much on shipments for business normalization.

Exports of local finished car manufacturers plunged 36.3 percent in April due to slowdown in car demand in major countries. Situation is most likely to worsen in May amid sluggish global economic growth and delay in demand recovery.

Jeong Man-ki, head of the association, said that production of global carmakers is expected to increase amid falling demand, leaving Korean automobile industry to struggle even more.