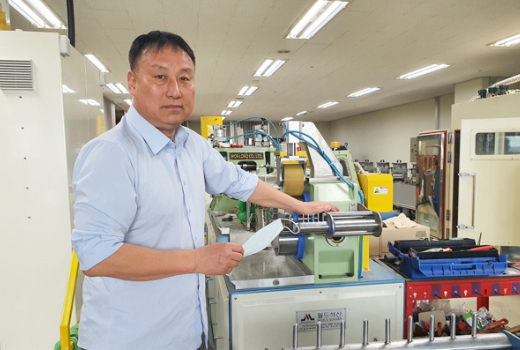 A South Korean startup has developed a multiple-use self-sanitizing facial mask that instantly kills virus on the surface.

The invention from Korean startup Medifiber uses copper ions on the mask fabric as a sterilizer. In a test conducted by Korea Testing & Research Institute, the only state-run virus inspection and test agency, 99.9 percent of the pathogenic H1N1 virus was inactivated within 5 minutes after the virus was touched by the mask, Medifiber CEO Woo Jung-gu told Maeil Business Newspaper last weekend.

The copper ion-coupled polymer fiber named CAZ (copper + cocktail) developed and produced by Medifiber as a mask material has a structure that ion-binds copper ions to the fiber surface. The advantage of the CAZ fabric is that copper ions are adsorbed and can retain its function even after water washing. This is different from an electrostatic mask that loses the filter function in water.

“Our sterilization mask is safe and reusable. The filter function of the fabric meets the requirements for KF80-grade electrostatic masks,” said Woo. ”The CAZ fabric was also proven harmless to the human body in a test early this month conducted by KOTITI Testing & Research Institute, a nationally authorized testing agency.” 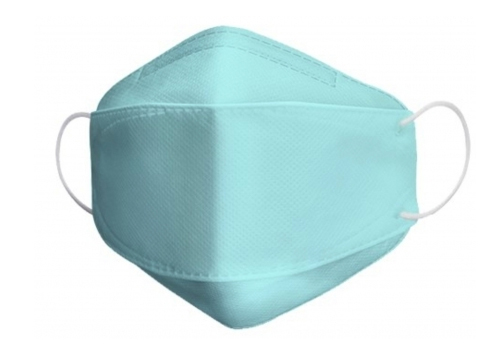 Inspired by the copper ion color in the adsorbed into the fabric, the mask was christened as Blue Mask.

The sterilization effect of copper ions which is called oligodynamic effect has already been proven in academic circles. Oligodynamic, the active chemical substance produced in very small quantities by heavy metals such as silver, copper and gold, has the power of extremely small concentration of metal ions to exert potent biocidal actions and it is lethal to various viruses and bacteria.

Mass production of Blue Mask is not in full swing since domestic mask manufacturers are still banned from export and the company relies on a contract manufacturer for finished products based on its fabric.

However, the company is already flooded with orders from around the world. Orders from the U.S., Britain, France, Canada, and Croatia amount to millions of masks. In France, a local partner has decided to conduct a sample test in consultation with the French Army, and in an unnamed small village a test is underway for all residents to wear Blue Mask.

The company is now able to supply fabric materials to cover 2 million masks a month and hopes to begin mass production early May, Woo said.