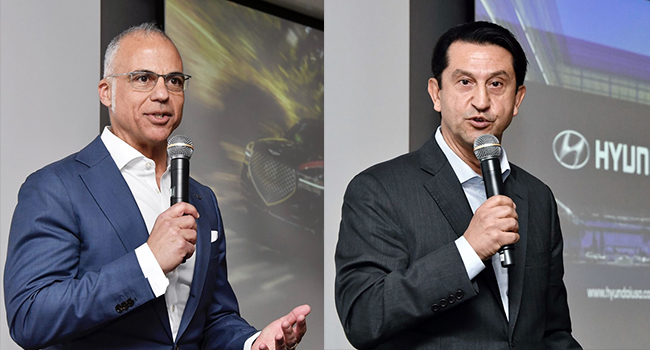 Hyundai Motor Co. is doubling its new line-up for the U.S. over the next two years – mostly through premium sedans and big SUVs – to achieve sales of 1 million units by 2025.

In a press conference held Thursday (local time) in California, the South Korean auto conglomerate announced that it sold 710,007 units of Hyundai Motor vehicles and 615,338 units of Kia Motors cars last year in the U.S.

Hyundai Motor sales gained 4.7 percent from a year ago, and Kia Motors 4.4 percent against a year earlier, in a stark contrast to the slow U.S. auto market that saw 1.1 percent fall last year.

The entire vehicle sales of Hyundai Motor Group – Hyundai Motor, Kia Motors and Genesis – reached 1,325,345 units, taking up a combined 7.7 percent share or the seventh largest in the U.S. 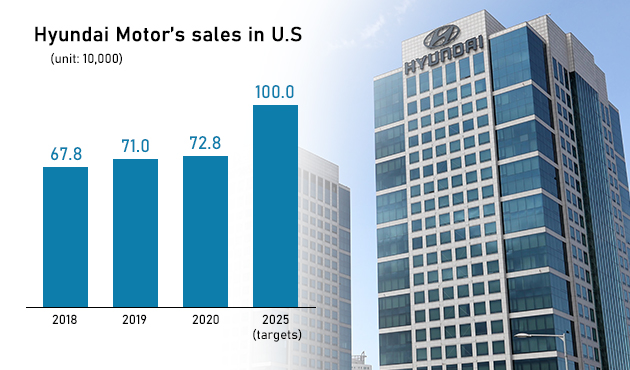 이미지 확대
Elantra remained as the best-selling model among Hyundai Motor vehicles, with 168,235 units sold last year in the market. Tucson and Santa Fe also sold more than 100,000 units each.

Among the Kia Motor lineup, compact crossover SUV Soul sold the most 98,033 units, and Optima and Sorento were well received, with sales of around 96,000 units.

Bulky SUVs like Hyundai Palisade and Kia Telluride also did well in the home of four-wheel drive.

Jose Munoz, global chief operating officer of Hyundai Motor and president and CEO of Hyundai Motor North America, noted that the 4.3 percent market share of Palisade indicates great potential of the car in the large SUV segment in the U.S., emphasizing that the Palisade succeeded in stealing customers from Japanese and U.S. rivals.

The company pins high hopes on all-new Tucson SUV, due to be out this year, that will complete the company’s new SUV lineup in the market, including the Venue, Kona, Santa Fe and Palisade that have hit the market since last year.

SUVs and recreational vehicles are fast gaining ground among U.S. drivers to take up a 71.9 percent share in the total car sales in the market. 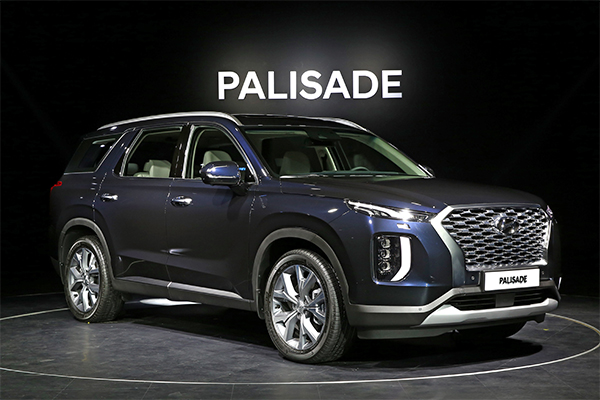 The luxury sedan brand Genesis under Hyundai Motor also is planning to start focus more on SUV from this year, with its first SUV GV80 coming out within the year in the U.S. In its flagship sedan category, G90 started selling from late last year, and new releases of G80 and G70 are due this year.

The company now is preparing to double the vehicle lineup to three in sedan, two in SUV and one in EV by 2021, said Mark Del Rosso, chief executive of Genesis Motor North America.