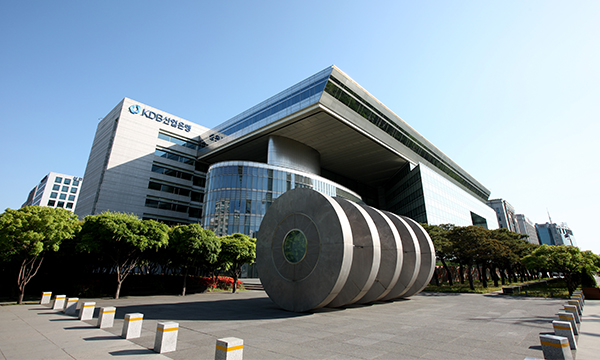 The state lender on Tuesday drew $2.2 billion worth of bids for its $500 million Eurobond issuance of three-year floating rate notes. They were priced 1.45 percentage points over the Libor of the same tenor, significantly below the bank’s yield spread guidance of 1.8 percentage points.

Analysts said this was a sign of unwavering investor confidence in Korean debt despite market uncertainties from the ongoing outbreak. KDB has the same long-term credit rating as the South Korean government, with a rating of Aa2 by Moody’s, AA by S&P and AA- by Fitch.

A market observer said the latest bond yield was lower than the yields of KDB foreign debt currently in market, reflecting the positive investor sentiment toward Korean bonds.

Meanwhile, the Bank of Korea on Tuesday released its second round of dollar funding from its $60 billion currency swap lines with the U.S. A total of $4.41 billion was sold in the online auction, undershooting the bank’s target of $8.5 billion to suggest easing in the country’s dollar liquidity squeeze.