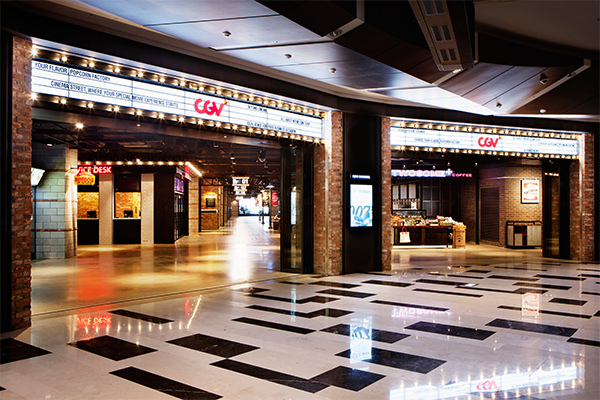 Theaters have stayed open despite few visitors since the virus outbreak but decided to close about nearly 30 percent to save costs.

Those in operation will plug off some of the rooms and reduce the daily screening schedule to three times. Theaters screened movies for more than seven times a day in January.

The business scale-down will push employees to go on two-day paid leave every week to work three days a week.

Voluntary early retirement will be offered to those on the payroll for more than a decade, and unpaid leave applications will be received.

CJ CGV will allow owners of theaters to defer the payment of monthly rents for the next six month. The total amount of rents for all locations reaches 17-18 billion won per month, according to a company official.

New openings for this year were pushed back to the first half of next year. Renewal plans for two also were postponed.

The number of daily visitors to all theaters nationwide has plunged to about 25,000 recently, the lowest since the data started compiling in 2004, according to the Korean Film Council.

“All the theaters should be closed, considering the high fixed costs including rents and labor expenses, but the company decided to shutter 35 first for the film industry,” said an official at CJ CGV. “If the current virus situation will not come to an end soon, we could consider more sweeping cost-saving measures.”

Earlier, another leading multiplex chain Lotte Cinema also announced to enter an emergency mode to save cost. All its executives will return 20 percent of their salary, and some employees will go on unpaid leave.

The company however, stayed cautious about the closure of theaters, saying “operation will go on for a while for the sake of job security and the film industry. Shutdown of locations will be decided after careful consideration of the following situation.”