Asiana Airlines to run at halved staffing, use idled planes to deliver cargo 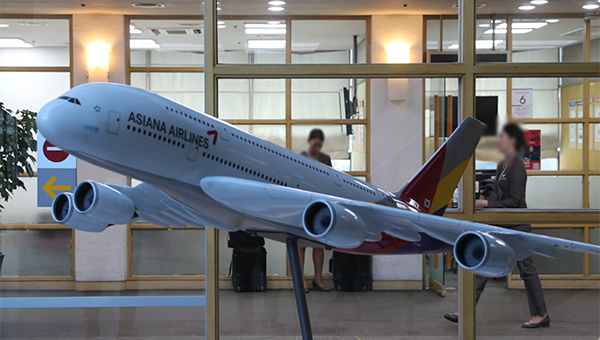 이미지 확대
South Korean full-service carrier Asiana Airlines Inc. will run at halved staffing from next month by sending the other on rotational unpaid leave and cut back executive salaries by 60 percent as it braces up for protracted hard times from the global pandemic.

Under the latest austerity measures, all employees including division heads will go on unpaid leave for at least 15 days in April, extended from 10 days this month. All executives will return additional 10 percent of their annual salary – total 60 percent – to the company in show of commitment to the streamlining efforts.

Cabin crews for the suspended six A380 aircrafts will go on paid leave to stay employed.

Asiana Airlines entered an emergency mode to save cost and improve profitability since last month amid ballooning losses from plunging travel demand. Nearly 85 percent of international routes have been rolled back so far, and the booking rate for April plunged 90 percent from the previous year.

“At least 70 percent of all employees have become idle, and the company inevitably decided to extend self-rescue plans. We cannot know how long we have run at such emergency state,” said an official at the carrier.

To minimize losses, it will utilize the idled passenger planes to bolster air cargo service.

It currently runs a fleet of 14 cargo aircrafts.

The company already started shifting its passenger flights into the freight business on the routes to Ho Chi Minh, Vietnam and Taipei, Taiwan from Mar. 18 and is reviewing further expansion to other routes. It also flew a chartered airplane carrying 186 Samsung Display engineers to Vietnam on Mar. 13 and another plane to Iran to bring Koreans and their family members in the highly-infected country to Korea on Mar. 19.

Asiana Airlines will use the hiatus also for maintenance work. About 16.7 percent of work has already done this month, it added.