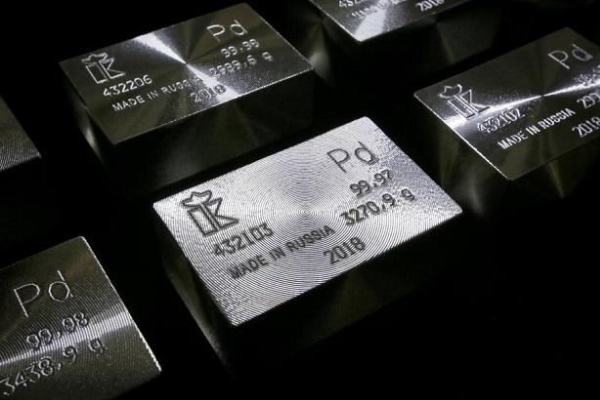 Palladium, a rare metal used in catalytic converters to reduce emissions from cars, has become more valuable than gold due to environmental regulations around the world, posing as an appealing investment option through exchange traded funds tracking the metal.

According to the Korea Exchange, KBSTAR Palladium Futures ETF (H) gained 2.22 percent from the previous session to 10,180 won ($8.73) on Monday, outperforming the nation’s main Kospi down 0.98 percent and secondary Kosdaq down 2.18 percent. The palladium backed ETFs increased 9 percent over the past seven trading days and advanced 21.8 percent since its listing on Sept. 24.

The spot price of palladium on the New York Mercantile Exchange (NYMEX) has testing new highs for several days in a row, surging 53 percent throughout 2019. The precious metal has traded at over $2,000 per ounce recently, surpassing the price of gold valued at around $1,570 per ounce. 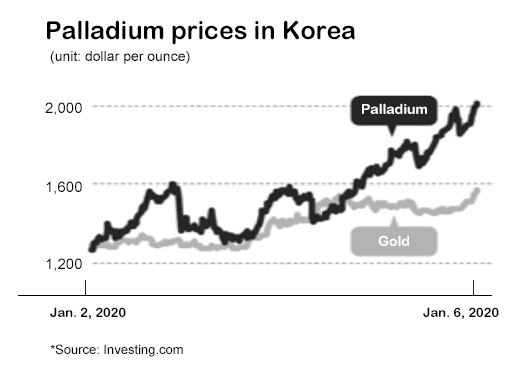 이미지 확대
The price of palladium has been strengthening due to the soaring demand for the metal, a key component in vehicle exhaust systems that help reduce toxic carbon dioxide. The metal is mostly produced as a byproduct of other mining operations such as copper and nickel. The price has also been pushed up by tightening vehicle emissions regulations in China, the world’s largest auto market.

Production disruptions in South Africa, the second largest producer of palladium after Russia, caused by frequent power outages have also been driving up the price. Bloomberg predicted the price of palladium would continue to rally to reach $2,500 per ounce this year.

However, some market analysts warn that palladium prices have historically been very volatile due to the low liquidity. They pointed out that investors have overestimated the demand growth of the metal but the collapse in prices could be sharp.

By Hong Hye-jin and Choi Mira