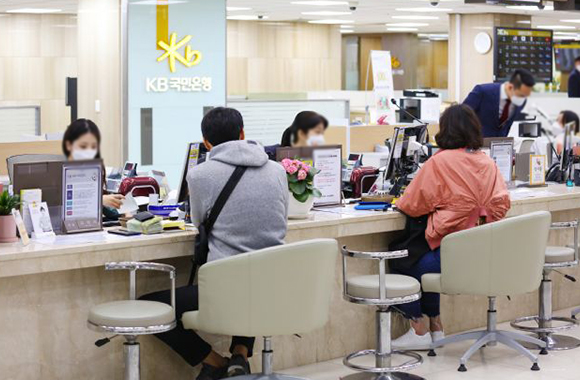 Chill from virus scare has swept the South Korean financial scene, generating ebb of capital from the stock market, sending banks to seek contingency plans as a growing number of outlets have become shuttered due to infection and putting stop to the regular inspection activities of financial authority.

The Financial Supervisory Service (FSS) announced Monday that it will set up an emergency measure committee to prevent damages from the virus outbreak on customers and minimize its impacts on the real economy.

The FSS Chairman Yoon Suk-heun who chaired the meeting vowed to come up with effective containment measures before further damages to be inflicted by the coronavirus outbreak on the local financial market.

As part of efforts, the financial watchdog will temporarily cease inspection visits to virus-stricken cities and keep it to a minimum in other areas as well. It will, however, tighten its supervision against scammers that conduct fraudulent activities by exploiting coronavirus concerns and any unfair trade in the securities market.

It will also encourage financial institutions to increase online and mobile customer services and ease some rules for companies affected by the outbreak.

According to sources from the financial industry on Monday, the nation’s major commercial banks, insurers and brokerage houses have temporarily shut down their branches, mostly in Daegu and North Gyeongsang Province, after finding out confirmed infections. 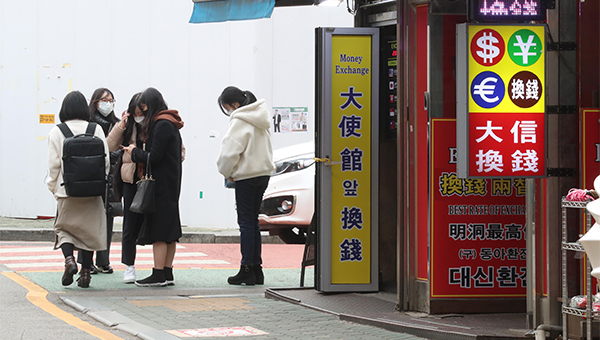 They will resume operation after the disinfection work is done, but their business is expected to take the hit from the outbreak for a while as community spread has started. An official from a commercial lender who heads a team of private banking business said some face-to-face meetings with customers were cancelled and most of the customers are reluctant to visit the branches due to fears of the virus.

An official from a bank in Seoul said the number of bank visitors has been cut in half and its staff are banned from meeting clients outside. Money exchange business has also been hit hard by the reduced number of foreign visitors and fears over Chinese yuan banknotes. An owner of a currency exchange center in Myeongdong, one of the most popular tourist spots in Seoul, said he has not received yuan bills because the notes would carry the virus and his business has been severely hit since the outbreak.

By Kim Gang-rae and Choi Mira