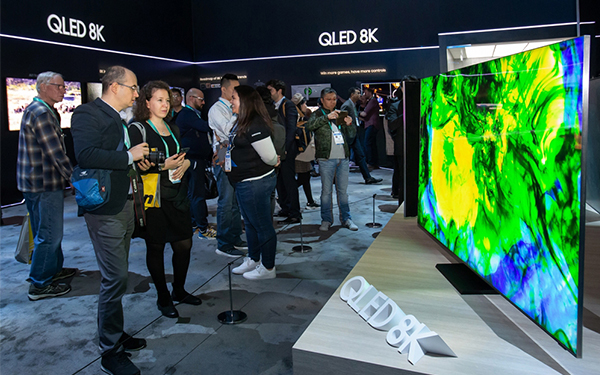 According to market researcher IHS Markit on Wednesday, Samsung Electronics commanded 30.9 percent in the global TV market by sales value, bumping up its share from 26.5 percent in 2017 and 29 percent in 2018.

Japan’s Sony came in third with a 9.4 percent share, down 0.7 percentage points from the previous year. China’s Hisense and TCL ranked fourth and fifth with 6.4 percent share, respectively.

이미지 확대
Samsung Electronics commanded the largest market share by sales volume by making up 19.8 percent, despite the growing shipments of Chinese brands with low price tags. It was followed by LG Electronics at 12.2 percent, TCL 9.2 percent, Hisense 7.8 percent and Xiaomi 5.8 percent.

In the premium TVs costing more than $2,500, the label accounted for 52.4 percent, distantly followed by Sony at 24.7 percent. The company also maintained a comfortable lead in the ultra-large TV segment over 75 inches in size with 49.6 percent share.