이미지 확대
SK Innovation Co. is expected to opt for an out-of-court settlement as early as this month with its bigger Korean battery making rival LG Chem Ltd. as it faces the risk of losing business in the United States after its preliminary defeat in a U.S. panel review on their yearlong dispute of technology theft.

In its preliminary review, the U.S. International Trade Commission (ITC) on Friday (local time) ruled in favor of LG Chem on its charges against SK Innovation of trade secret theft and patent infringement, citing extensive destruction of evidence by SK Innovation in the discovery process in November.

LG Chem claimed SK Innovation did not follow the ITC’s forensics order and spoiled evidence. The Office of Unfair Import Investigations (OUII) of the ITC also submitted its opinion in favor of LG Chem’s request for an early ruling on SK’s technology theft.

이미지 확대
With the latest judgment, LG Chem has moved a step close to winning the 10 month-long legal battle with its local rivaling name that could end U.S. business of SK Innovation as a final ruling bans manufacturing and sales activities of the related batteries in the U.S.

The change of tide will likely prompt SK Innovation to seek an out-of-court settlement as it cannot risk disruption in its fledgling battery business in the U.S.

SK Innovation whose clients include Volkswagen and Ford Motors has poured 1.9 trillion won ($1.6 billion) to build its battery plant in Georgia and is planning another 1 trillion won worth expansion.

It cannot expect a reversal in the ruling since ITC data from 1998 to 2019 showed that all the default judgment cases have also led to the same results in the final determination. 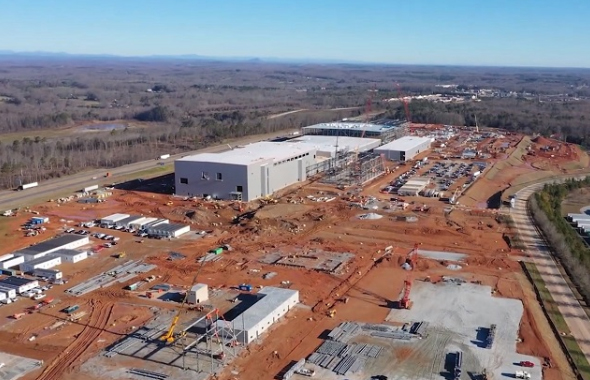 SK Innovation in its statement expressed regret at the decision but indicated it will seek negotiation with LG Chem.

LG Chem also would likely opt to settle the matter out the court as it cannot afford further loss of resources while it is closely chased by Chinese battery makers.

The two companies reportedly had been in contact before the preliminary ruling. They may come to a comprehensive settlement to end the pending legal battles.

LG Chem filed a suit against SK Innovation in May with the U.S. ITC and the U.S. federal court, accusing its domestic rival of stealing trade secrets by hiring former LG employees.

Final decision is due on Oct. 5.