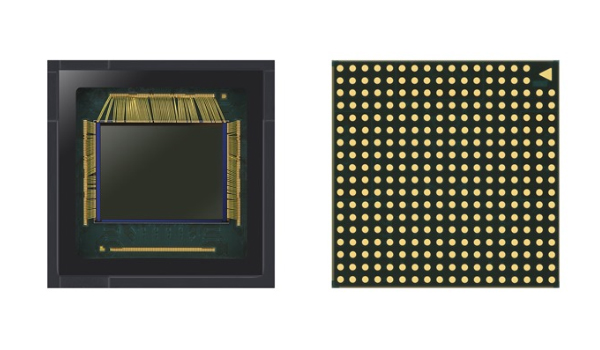 Samsung Electronics Co. has upgraded its 108-megapixel (Mp) image sensor, which is the world’s only and first of its kind, by applying pixel-binning technology Nonacell that guarantees brighter and crystal-clear image even under poor light conditions for the first time in the industry.

The company on Wednesday launched the ISOCELL Bright HM1, an upgrade version of ISOCELL Bright HMX, which was launched August as the industry’s first mobile image sensor that breaks the 100-megapixel barrier. It uses Nanocell technology for the first in the industry to enhance its pixel-binning technology in just six months to deliver brighter images in low-light setting.

With the launch of the new version, Samsung Electronics has raised the bar in the non-memory chip sector and is set to further narrow the gap with its archrival Sony, a leader in the global image sensor market.

The more the adjoined cells, the more the color interference. Samsung Electronics adopted its ISOCELL Plus technology to reduce the crosstalk dramatically and minimize optical loss and light reflection, the company explained. 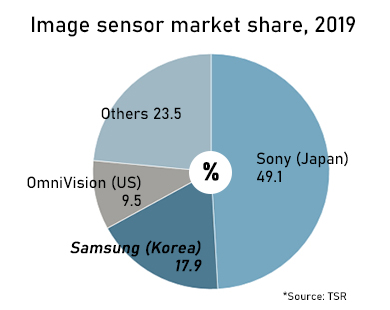 이미지 확대
The world’s image sensor market is estimated to grow to $27 billion by 2023 from $17.2 billion in 2019, according market research firm Techno Systems Research (TSR). In the market, Sony took up the lion’s share of 49.1 percent, much bigger than 17.9 percent of Samsung Electronics.