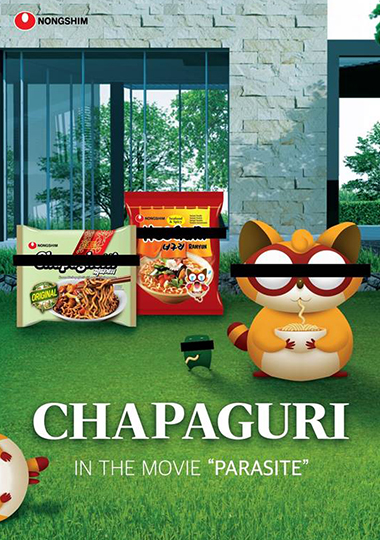 South Korea’s food and top ramyeon maker Nongshim Co. moved fast to ride on the “Parasite” wave, packaging up for release in American grocery stores an instant cup version of ‘Chapaguri’, a mix recipe of its two mainstay noodle labels that came up in the most nail-biting scene in the 2020 Academy choice for best picture.

According to sources from the food industry, Nongshim’s new instant cup noodle will hit shelves in America next month. Chapaguri, translated as ram-don (ramyeon and udon) in the movie, is a mix of the company’s black bean noodle Chapagetti and spicy noodle Neoguri.

The food aroused curiosity of people around the world due to a scene in the movie where the matriarch of the rich family asks her housekeeper to cook the dish with addition of sirloin steak cubes, one of the many scenes that highlight wealth gap and class tensions. 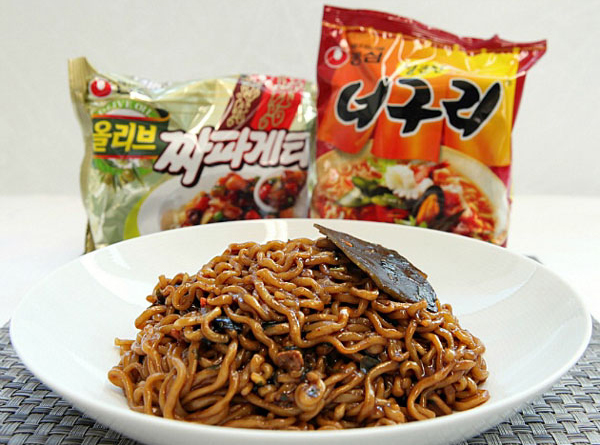 The company plans to release the product next month in the U.S., though the exact release date has not been decided yet, as interest and inquiries of the food have spiked from overseas retailers in the wake of the movie’s historic wins for best picture at the Academy Award, according to an official from the company.

Stepping up marketing efforts to ride on the sudden popularity, Nongshim also released a YouTube video in 11 languages to explain how to cook Chapaguri. It even made Chapaguri poster by parodying the movie poster with recipe on the back side and released it first to Britain in which the movie opened on Feb.7.

By Lee Ho-seung and Choi Mira