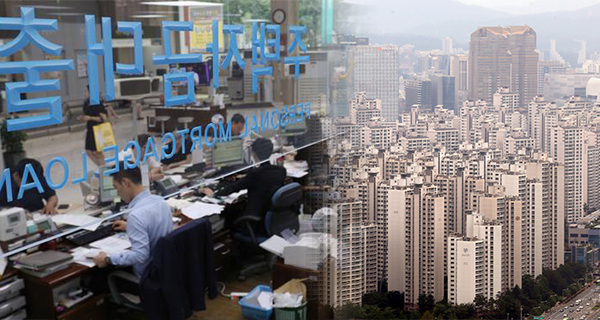 이미지 확대
South Korea’s household loans extended by commercial banks retreated sharply in January compared to a month ago due to the seasonal factors.

According to data released by the Bank of Korea on Tuesday, household lending by local banks grew 3.7 trillion won ($3.1 billion) in January, more than halved from a gain of 7.2 trillion won in the previous month.

Mortgage-backed loans by banks added 4.3 trillion won, recording the steepest monthly growth for January since 2004 when the related data compilation began. But the figure was also smaller than December’s gain of 5.6 trillion won, the data found.

The bank said the growth in mortgage loans last month was due to the government’s policy that allows borrowers to switch their loans from second-tier and non-banking firms to first-tier banks. 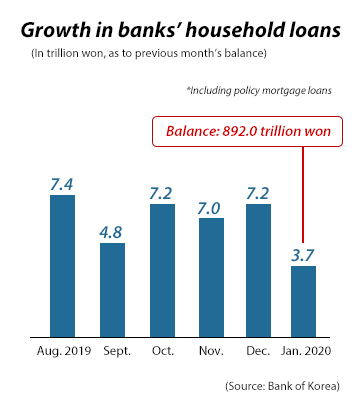 이미지 확대
The volume of credit-based loans of households also went down 600 billion won in January from a month ago, thanks to the Lunar New Year holiday bonuses. But the fall was slimmer than last January’s on-month drop of 1.5 trillion won.