이미지 확대
South Korea’s Celltrion may have to put off the groundbreaking ceremony in April for its first overseas plant in Wuhan, Hubei Province, China, the epicenter of the deadly novel coronavirus, due to travel bans, operation suspension and other restrictions that now affect most of Korean biotech companies operating across China.

A Celltrion official said all five employees who visited Wuhan for the groundbreaking came back to Seoul on Jan. 21 and all related employees are working from home while being in close contact with local authorities in the province and the city.

In early January, Celltrion signed an agreement with the local governments to inject over 600 billion won ($504 million) over the next five years to produce biological medicines in the city. The company aims to develop and roll out insulin biosimilars through the new plant from 2023.

The coronavirus outbreak is already interrupting other Korean pharmaceutical and biotech companies in China, including Hanmi Pharmaceutical, GC Pharma, Daewoong Pharmaceutical, Ilyang Pharm, Dong-A ST, LG Chem and Huons. Suzhou Dong-A, a Chinese affiliate of Dong-A Socio Group, has suspended its roborant plant on Jan. 29 and all employees are told to work from home.

GC Pharma returned all of its eight Korean employees in China back to Korea. The company said it will keep monitoring the situation regarding their return to China. The Chinese government asked foreign companies to close until Feb. 9, said a GC Pharma official, adding the company is monitoring the situation while checking employee’s health condition. 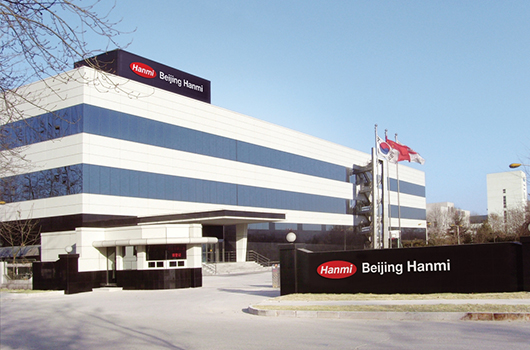 Daewoong Pharmaceutical which has R&D facilities in Liaoning and Beijing returned all of its employees to Korea in early January and banned employee travel to China. Local operation is partly maintained by local employees and some of them are working from home, a company official said. Hanmi Pharmaceutical, which runs Beijing Hanmi in China, encouraged all of its 1,400 local employees to work from home, if necessary. Nine of them, including local managers, are Korean nationals. LG Chem which has a Chinese operation in Beijing banned travel to China. Nine Korean biopharma firms have production facilities in China.

An industry official said if the situation is prolonged, the impact on Korea’s pharmaceutical business in China would be greater, adding the outbreak already takes a heavy toll on manufacturers, retailers and travel businesses.

One of the biggest concerns in the local healthcare industry is any delay in planned or ongoing clinical trials, which will eventually create a delay in drug launches. Samsung Bioepis has planned a phase 3 clinical trial of its nocturnal hemoglobinuria biosim SB12 and breast cancer biosim SB3 in China, while Celltion has conducted a phase 3 trial of Remsima at Chinese hospitals.