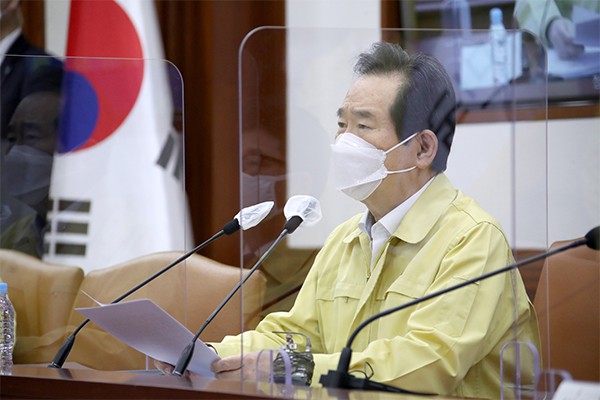 South Korea is raising social restriction measures in Seoul and the metropolitan area this week as new infections extend their three-digit streak ahead of the crucial college entry exam on Dec. 3.

Prime Minister Chung Se-kyun said the new restrictions will take effect Thursday after the country reported more than 200 daily cases for the past three days. In Seoul and Gyeonggi Province, social restrictions would be raised to level 1.5 from the bottom 1 in the five-tier distancing scale.

Under the heightened rules, indoor and outdoor assemblies, including weddings and karaoke bars, would be banned or restricted.

As of Monday midnight, Korea posted 223 new cases, out of which 193 were locally transmitted and 30 imported. Some 128 came from the densely populated greater Seoul area.

Jeong Eun-kyeong, head of the Korea Disease Control and Prevention Agency, warned that the country’s basic reproductive ratio, or the average number of secondary infections produced by an infected individual, was now over 1.1 and that at the current rate Korea could see daily cases surge to 300 to 400 in two to four weeks’ time.