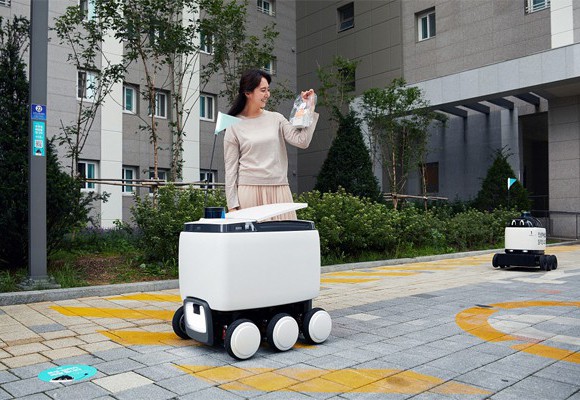 Robots may soon become commonplace in South Korea, aiding from food delivery and valet parking to fire-fighting and sea patrol, under the ambitious state-led robotics vision.

The government will ease regulations on the development of robotics technology and ramp up next year’s budget in the sector by 32 percent to groom the country’s robotics market as one of global top 4 in three years.

The so-called “negative regulatory system” will apply on the sector, removing all regulations except for a few necessary ones to stimulate entries and promotion.

The government has set next year’s budget for the robotics industry at 194.4 billion won ($171.5 million), up 32 percent from this year, with an aim to quadruple the local robotics market value to 20 trillion won.

The spending first would go to commercialization of industrial, public service and medical robots.

Certification process for installing collaborative robots, or cobots, will be eased and new safety rules introduced to speed up the adoption of mobile cobots.

Use of robots in medical and public services will also be expanded. The government plans to prepare safety and quality standards for quarantine robots for commercial use within two years. Under the new rules, quarantine robots will be used in disinfection tasks and assisting screening out patients for isolation and treatment.

Robots for hazardous environment will be used in greater areas. Firefighting robots will be allowed in large fire sites. Coast guard robots and surveillance robots also will be introduced.