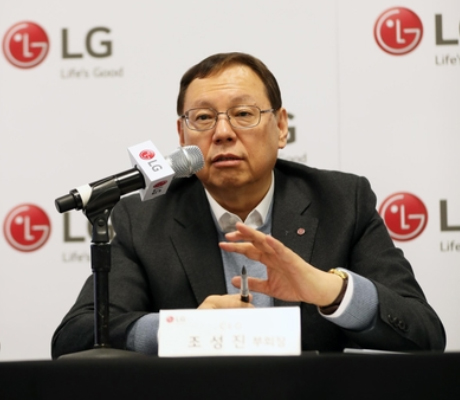 Jo Seong-jin, vice chairman and chief executive of South Korea’s tech giant LG Electronics Inc., is expected to step aside to make way for younger leaders to steer the company to the next phase of growth in the fast-changing technology industry.

According to multiple industry sources on Wednesday, Korea’s fourth largest conglomerate LG Group is expected to replace senior executives of major units including LG Electronics, LG Chem Ltd, and LG Display Co. on Thursday. Initially, it was expected that most of the chief executives and vice chairmen of the group’s major units would remain at their positions in the group’s annual executive reshuffle. LG Electronics Vice Chairman Jo, however, is known to have decided to resign from his post, a move that is expected to be followed by his counterparts in other units.

Industry sources noted that last year when LG Group Chairman Koo Kwang-mo became leader of the conglomerate after the death of his late father and former chairman Koo Bon-moo, LG Group in its executive reshuffle adhered to “stability” amid “gradual transformation.”

This year, however, the conglomerate is expected to seek more changes in the overall organization. In September, LG Display already appointed a new head, and LG Electronics is most likely to follow suit to rejuvenate the overall business.

Sources noted that LG Electronics CEO Jo – known as a legend in grooming the company’s home appliance business to global top level – is considering stepping aside to allow younger generation leaders to bring out their innovative and bold ideas that could enable LG Electronics to take another leap forward in the era of digital transformation and fourth industrial revolution.

Koo was known to be initially against Jo’s resignation, but have finally decided to accept it considering the positive sides of generational change in leadership.

An unnamed industry official said that Vice Chairman Jo is a symbolic figure in the home appliance industry, which is why the group internally has given second thought about him stepping aside. LG Electronics could have chosen to seek stability amid uncertain business environment at home and abroad but it decided to seek change before it’s too late, the official said.

After taking the helm of LG Electronics in 2016, Jo put out efforts over the four years to bring the company’s home appliance business to global top by rolling out innovative technologies in appliances such as drying machines for clothes and stylers.

Jo joined Goldstar, former LG Electronics, as an engineer in 1976.

Kwon, who is expected to replace Jo, currently leads LG Electronics’ home entertainment and mobile communications businesses. The executive is expected to take on an important role of improving the company’s smartphone business that has been grappling with extended loss and taking lead in the next-generation TV market. 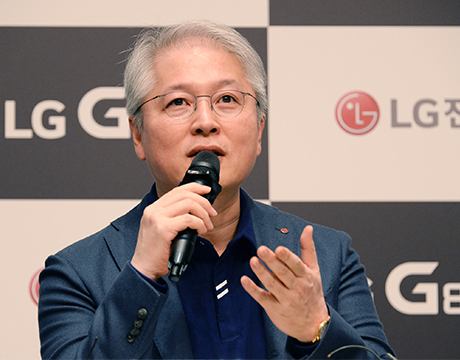 LG Electronics is seen as showing gradual improvement in its smartphone business after launching V50 smartphone with dual screen. Kwon is expected to play an important role in also boosting new growth businesses such as in automotive application components and artificial intelligence sectors.

Kwon is known as a “strategic businessman” within LG Group. Sources noted that conglomerate insiders judged Kwon as the right person who can respond promptly to the rapidly changing tech industry environment.

Sources noted that if Kwon, 56, is appointed as new leader of LG Electronics, other group chief executives that are older than him would also make way for younger leaders, leading to a generation shift.

Under the helm of younger Koo, LG Group last year recruited Shin Hak-cheol to head LG Chem, the first case for LG to bring in outside talents to lead its unit. This year, LG Display CEO Han Sang-beom also offered to resign, signaling a generation shift within the group.