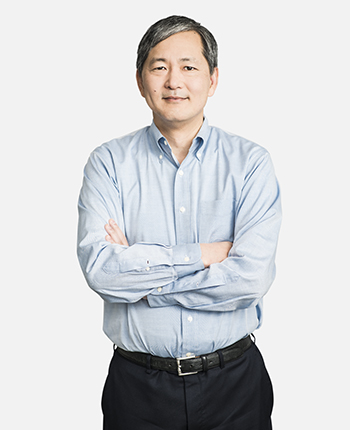 이미지 확대
Having the eye to identify the trend and market and instinct to come up with the product and service in need can make a startup survive to grow, according to Nahm Tae-hea, co-head of Silicon Valley-based Storm Ventures and startup incubating expert.

"Imagine four surfers in the water. Some are succeeding in riding a wave, some are not but the difference is so close. What`s the difference between them?” Nahm popped up a question as he started his interview with Maeil Business Newspaper last month in Silicon Valley, the U.S.

Nahm, as one of most successful venture capitalists in Silicon Valley with vast experience of investing in 300 startups including Com2us, a Korean mobile game developer listed on the main Kospi bourse, said getting an early-stage business on to a growth track is just like “surfing.”

The series, called Survival to Thrival, is co-authored with his former colleague Bob Thinker and, is full of interviews with founders and executives on their real-life experiences. Mr. Nahm argued that even finding the fit between product and market (so-called "Product-Market-Fit") is not enough to unlock growth, even though many companies expect this to be the answer. Rather, the company must find the fit between their product and its go-to-market strategy. (Mr. Nahm and Tinker coined the new term, "Go-to-Market- Fit") and this is becoming a commonly used phrase among tech entrepreneurs and is the core of Storm Venture`s approach as it mentors its portfolio companies.

Going back to the surfing metaphor, finding GTM Fit resembles the transition from paddling to surfing. Paddling requires a huge effort to go a short distance, while surfing is the opposite. To go from paddling to surfing, the surfer must 1) catch the wave, 2) ride the wave and 3) have the right surfboard. So, finding GTM Fit has the same three steps.

"First, catch the wave." Mr. Nahm said, "You first have to find the customers Urgent Pain." "`Urgent Pain` is something that cannot wait three months or six months," he said. "Why customers should buy your product right now is the Urgent Pain." He gave this example:. In the late 2000s, when smartphones were introduced, a startup called MobileIron explored market opportunities. The leaders at MobileIron noticed that CEOs and employees of each company were trying to work on their smartphones. But companies` IT departments couldn`t find an easy way to plant business software on a personal smartphone.

They realised that IT departments were looking at the long- term plan for two to three years and trying to tie business functions into personal smartphones. But the user`s` needs were not about long-term business functions. They needed to work on their phones now. The users had an `Urgent Pain` that had to be addressed right now. The IT departments at most companies had no way of dealing with it. So Mobileiron penetrated it.

Mr. Nahm added, "To identify an Urgent Pain, you have to throw a wider net." Entrepreneurs often have set ideas when starting a business. But they may not see the real wave if they are too focused on their vision. In other words, do not be blind to one goal when starting a business. Try to find the real urgent pain of customers through various experiments, he advises. A founder should be open to the possibility of the company pivoting in a new direction, which might be contrary to their original intention.

If you caught this wave, it`s time to move on to the next step.

"Once you`re riding a wave, it becomes like surfing - you`ll flow naturally without having to spend a lot of cash. Sales grow on their own - that`s the wave. To ride the wave, you need to be aware of what I call your customers` wow moment." Mr. Nahm said, "It is the moment the customers show interest., For example, when they write something down, express that they are impressed, say `wow` or call in a colleague, that`s the wow moment. You need to capture data on this, either from sales meetings or by talking to existing customers and build a picture of your customer`s journey.“

To summarise, startups first need to make a product that can solve an Urgent Pain of customers. Then they need to create a manual that can increase customer satisfaction by capturing and analyzing the data which indicates moment when customers say `wow.` He calls this manual a playbook. It`s like a manual for surfing. It`s only when you are able to create this playbook that the startup will grow naturally, as if riding a wave. Now it`s the third stage

“To provide the best surfing experience, it`s necessary to build a product that is suitable for both surfers and waves." said Mr Nahm. So a founder should ask, what is the magic `surfboard` that allows my company`s products to achieve market growth? He brought up the phrase `Thought Leadership` here. Today`s media industry is a little chaotic. As social media gets more popular and search engines become the main source for information, consumers are exposed to swathes of information. This is no longer an age when a few dominant media platforms sway and control the distribution of information. The advantage is that people have access to by the diverse information, but on the other hand, it causes a lot of online noise. "For this reason, `Thought Leadership` becomes important", he explained.

According to Mr Nahm, `Thought Leaders` have strong perspectives. They are very provocative, and sometimes controversial. In the past, `op-ed contributors` played this role. But now, SNS celebrities are emerging as `Thought Leaders`, providing new perspectives they can broadcast social media. The magic surfboard that Mr. Nahm refers to, is the ideas and concept that the customers buy into. A company needs to have a passionate community and thought leadership helps build this.

Successful `Thought Leaders` stand out from the noise of online content. And if they have a `Passionate Community` they will share their ideas. Imagine if you can link this process to a startup`s product. Even if startups don`t actively approach potential customers, they can attract the customers to come to them "You don`t have to invite them. They come to us,"" said Mr. Nahm, adding that the consumer media can not have the same effect. "They have a stable community, not a passionate community." Conventional media cannot deal with controversial content because they have to deal with all audiences and readers. Since the world of social media has opened, there came a new way to spread products at lower prices than before."

Identify the Urgent Pain of customers, create a process to make them cry wow,and then spread your story through thought leadership and a Passionate Community. Then, your GTM strategy is ready. After that, it is a case of repetition. "If you repeat the growth cycle of investing, recruiting people, and securing customers, you eventually become a category leader" he said. "A category leader is a unicorn," he concludes.

To find out if becoming a unicorn is as easy as it sounds, it`s only possible if you try.

But don`t get too excited. He also notes that this process of growth is not easy on everyone. "Growth involves change. So people and roles need to change as the company grows. Often, when change gets hard venture capitalists will advise companies to replace the people. The usual answer is to hire a new manager who has the experience to manage 50 people when you reach 50 people. But the real question should be `how can an entrepreneur change themselves to manage 50 people?` To do this, it is necessary to `unlearn` what the founder has learned so far. It is very difficult because often unlearning means that you forego a skill that you are good at, it makes people insecure. It is necessary for them to overcome."

Nahm’s dream from childhood was to create the ideal company. He planned to join the tech startup world after graduating from Harvard University in Applied Mathematics. But with a strong push from his traditional Korean family to get a "professional" degree, he ended up graduating from the University of Chicago Law School and worked as a lawyer at Wilson, Sonsini Goodrich & Rosati, a well-known law firm in Silicon Valley. As a lawyer, he worked with several hundred startups, and got a sense of which companies turn out to be successful and which do not.