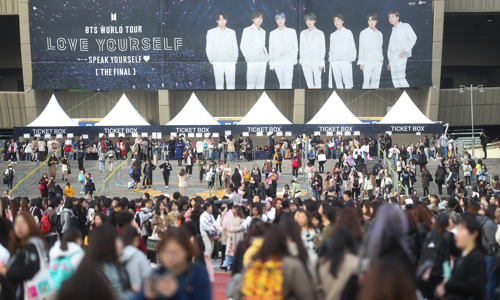 Nine out of 10 K-pop fans outside Korea wish to visit the homeland of their idol stars, mostly BTS, survey showed.

According to survey conducted by the Korea Tourism Organization on 12,663 K-pop fans from 111 countries across the world, 89.8 percent answered they hoped to visit Korea one day, with as many as 76.4 percent planning to achieve the goal within a year.

BTS commanded strong fandom in Europe with half of survey participants in the region naming the boy band as their favorite K-pop star. The boy band was the top pick for 44.5 percent in Japan and 43.4 percent in America. Nearly 70 percent of teens in the age of 10 to 14 favored BTS most. 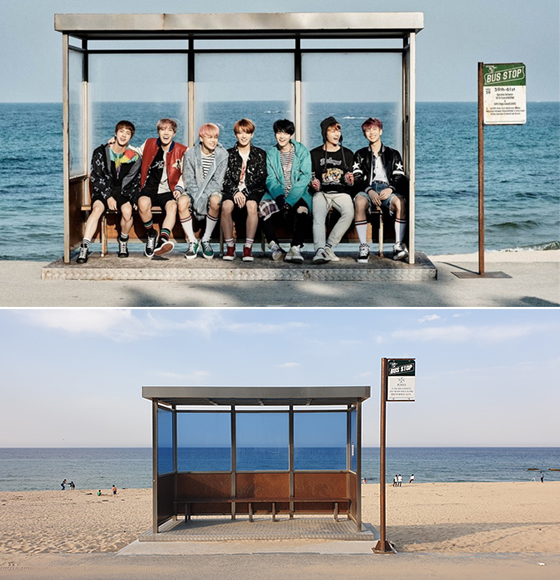 A bus stop near Jumumjin Beach in Gangneung, Gangwon Province, featured on BTS’s “You Never Walk Alone” album ranked as the top destination for BTS fans to visit in Korea in the Korea Tourism Organization’s another survey conducted earlier this year. [Photo by Big Hit Entertainment]

When asked how they came to know K-pop, the largest 30.6 percent picked YouTube, followed by TV (29.4 percent) and family and friends (16.2 percent). YouTube also was the top choice for the K-pop fans to find the latest news on their favorite singers with 37.6 percent, with social network closely tagging behind with 37.5 percent.

The Korea Tourism Organization noted 86.8 percent of foreigners who visited Korea in the last three years owed to K-pop. It vowed to develop K-pop related tour programs for the global fans.