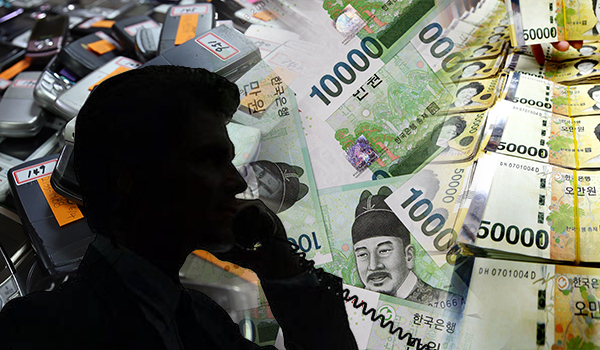 이미지 확대
Phishing scams caused more than 1.7 trillion won ($1.4 billion) in damages over the past seven years in South Korea.

According to data submitted by Korean National Police Agency to the National Assembly on Monday, the number of phishing fraud cases amounted to 163,664 from 2013 to August 2019 and the damages reached 1.74 trillion won. Deceptive phishing by which fraudsters impersonate legitimate institutions such as police, prosecution or financial authorities like Financial Supervisory Service came to 39,721 cases and caused 707.3 billion won in damages, and loan scams stood at 123,943 cases with 1.32 trillion won in damages.

A victim of a loan scam lost an average of 9.65 million won in Seoul per incident, the highest among regions of the country. It was followed by Gwangju at 9.33 million won, Gyeonggi 8.51 million won, North Jeolla 8.16 million won and North Gyeongsang 8.13 million won.

The data was released by Jang Byung-wan, a lawmaker from the Party for Democracy and Peace, who said the number of phishing incidents has been rising and damages almost tripled over the past seven years despite the government’s strong crackdown. The government enacted a law in 2014 to give up to 10 years in prison or 100 million won in fine to scammers.