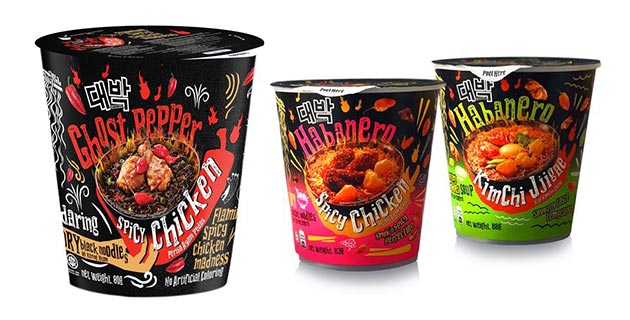 The Korean food company under the retail giant Shinsegae said Thursday it has agreed to export Daebak Ghost Pepper Spicy Chicken, a halal noodle created out of a joint venture with Malaysian food maker Mamee Double-Decker, to the Chinese market in October.

The product, launched in Malaysia in March, gained instant popularity for its fiery taste of ghost pepper (Bhut Jolokia), which is regarded as one of hottest chili peppers in the world. 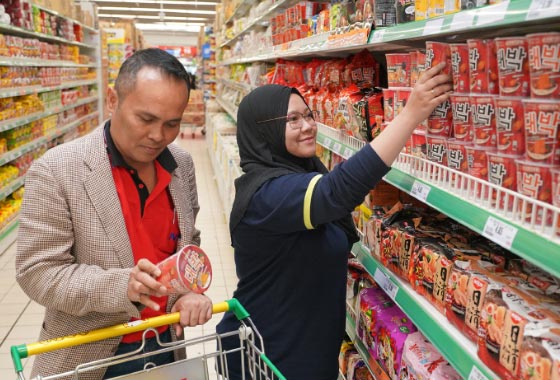 The first 600,000-unit batch sold out in Malaysia in three months. Heartened by its success, Shinsegae Food expanded its reach to neighboring countries, signing agreements with Taiwan in June and Singapore in August to send 50,000 units each. According to the company, the two countries have sold off more than 90 percent of the initial shipments and have already made calls for additional orders.

For sales in China, Shinsegae Food joined hands with Zhejiang Orient and delivered its first exports of 200,000 noodles last Sunday. It plans to start online and offline sales in all major cities including Guangzhou, Shanghai and Tianjin from October. As it expects the first batch to be sold out by mid-October, plans are underway to use Malaysia as a production base.

Shinsegae Food plans to show off its Daebak Ghost Pepper Spicy Chicken and Daebak Habanero Spicy Chicken noodles at the International Import Food Expo to be held in Shanghai in November.