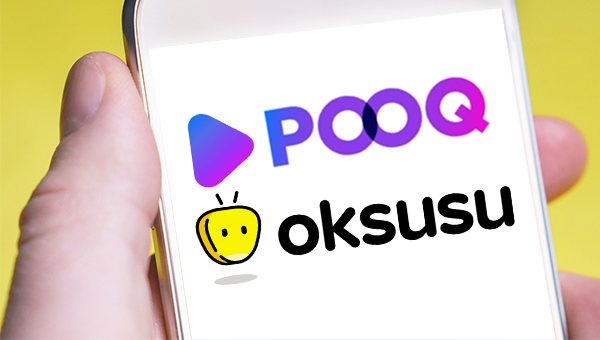 이미지 확대
A union of South Korean telecom and media companies is set to launch the country’s largest video streaming service platform next month, throwing down the gauntlet to global giant Netflix that has rapidly expanded its presence in the local video streaming market.

The anti-trust regulator said it has okayed the marriage between Pooq and Oksusu under conditions that the terrestrial broadcasters KBS, MBC, and SBS take corrective measures when other OTT service providers ask them for supply of video on demand (VOD) of various TV programs, and that negotiations are held in a rational and non-discriminative manner.

Following the approval, Pooq and Oksusu will be combined under new OTT service brand “Wavve”, which would be the country’s largest OTT platform provider with a total 14 million subscribers – 10 million from Oksusu and 4 million from Pooq – and the new entity is expected to be launched in September.

According to app analysis firm WiseApp, the number of Netflix users in Korea nearly tripled in a year from 799,000 in February last year to 2.4 million this year. Disney Plus, a budget streaming service priced at $6.99 per month that will be launched by Walt Disney in November, is also likely to begin its service in Korea in the first half of next year, a move that would further heat up competition in the local streaming service market.

Wavve whose name was created by combining Korean wave, or hallyu, and wave of the sea also hopes to grow into Netflix of Asia by supplying Korean contents to overseas markets amid growing popularity of Korean pop culture across the world.

Content Alliance Platform, a joint venture that will operate Wavve, plans to create and supply a diverse range of original contents based on solid foundation of large-scale subscribers and previously secured investment funds.

SK Telecom will hold the largest 30 percent stake in Content Alliance Platform through a 90-billion-won ($74.5 million) worth new share purchase program. The three broadcasters – KBS, MBC and SBS that manage Pooq – will each own a 23.3 percent share in the joint venture.

SK Telecom said that the newly merged entity will also contribute to expanding and revitalizing the country’s overall media ecosystem along with other various media and content companies.