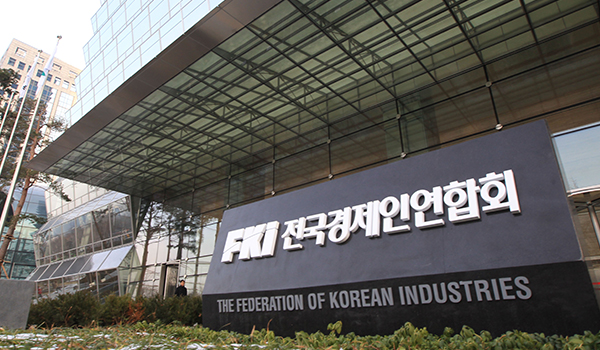 이미지 확대
A business conference between South Korea and China will be held at the end of the month for the first time since 2016 when bilateral ties soured over deployment of a U.S. antimissile system in Korea.

Business leaders of the two countries had met annually until 2016, but the meeting did not take place in the following years amid a diplomatic standoff over Seoul’s installment of the Terminal High Altitude Area Defense (THAAD) system over the increasing North Korean nuclear threat.

China had strongly opposed the deployment, arguing U.S. radar surveillance could reach the Chinese mainland. It slammed various punitive actions including a state-induced boycott of Korean brands that eventually pushed Korean retail giant Lotte Mart out of business. Lotte became the main target for yielding its golf course to host the missile shield.

Beijing began to partially lift the travel ban and relax pressure on Korean businesses following a summit early this year.

More than 80 business leaders from Korea and China would gather to discuss trade and investment, infrastructure development projects under China’s Belt and Road Initiative and future collaborations in new growth industries.

This year’s conference is also expected to include a meeting with Liu Jiayi, secretary of Shandong province. Liu is a close aide of Wang Qishan, China’s vice president and a key figure behind the country’s foreign affairs. Since his appointment as party chief of Shandong in 2017, Liu has been spearheading a broad economic reform and anticorruption campaign in the province.

Meanwhile, despite the trade row between Korea and Japan, the FKI’s annual conference with Japan Business Federation is expected to be held on schedule in mid-November. There had been hopes of both organizations taking a more decisive role to help resolve the conflict, but progress so far had been limited.