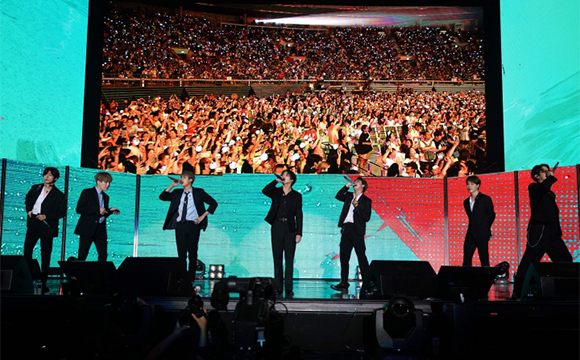 K-pop superstar BTS ended its extraordinary two-year streak on global music charts and stages with an act on the finale of the three-day Lotte Duty Free Family Concert, an annual music festival reward for customers to Korea’s top tax-free shopping outlets under Lotte Group, before going into an “extended” break.

BTS, Twice, Stray Kids, ITZY, Super Junior D&E, and Hwang Chi-yeul, models for the conglomerate, wrapped up the three-day fiesta Sunday at the KSPO Dome in southeastern Seoul, that drew a crowd of over 30,000. Rookie group TXT bowed out due to the health conditions of some members.

Customers who spent at least $600 at any of the Lotte Duty Free shops in Seoul from June 24 were given two tickets to one of the three events of their choice. Standing area tickets (section R) required a minimum spending of $1,600.

Although official notices by the Lotte Duty Free Facebook and Twitter pages strictly prohibited overnighting, several hundreds of fans from Korea and elsewhere camped outside for the “K-pop Concert” several days earlier to get a closer seat to the stage. 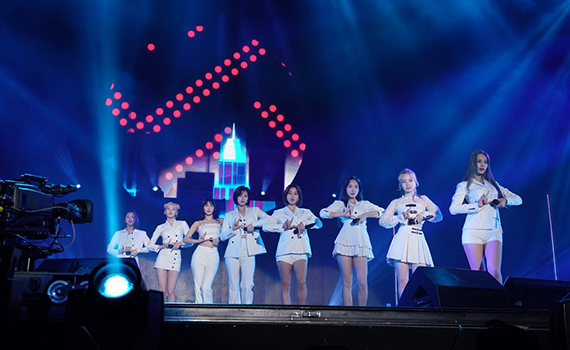 Most of the die-hard fans were BTS’ as they would be making the last official appearance before their extended break period. By the time the ticket exchange process began at 11:00 am on Sunday, the line-up areas for all three sections (A, S, and R) were fully packed.

The Lotte Family Concert organizers arranged tents, ice water, fans, and cooling patches for concertgoers amidst a sizzling heat wave. Ambulances and medical staff were also stationed within the venue in case of emergencies.

Fans were allowed to enter starting 4:00 pm, and the concert itself officially began at 6:00 pm. For the next three hours, the “K-pop Concert” attendees were treated with live performances of hits such as “Yes or Yes,” and “Boy with Luv.” BTS and Twice performed last with six and five songs each, respectively.

Lotte Duty Free CEO Kap Lee in an opening remark promised to keep up the music festival legacy as a major Hallyu event in Korea.