Net loss in the second quarter also widened to 51.5 billion won from 26.1 billion won in the first three months of this year and 5.4 billion won a year ago. Sales improved marginally, growing 0.2 percent on quarter to 935.0 billion won, but losing 0.7 percent on year.

On Tuesday, Ssangyong Motor shares gained 2.84 percent to close at 3,445 won in Seoul. 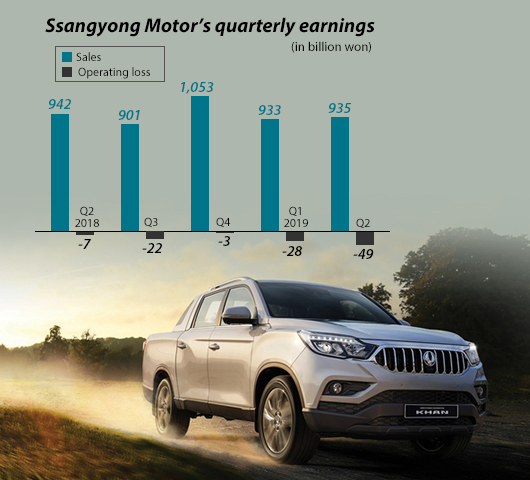 이미지 확대
For the first six months of this year, Ssangyong Motor posted an operating loss of 76.9 billion won, doubling from a year earlier. Net loss nearly doubled to 77.6 billion over the same period while sales gained 6.7 percent on year to 1.9 trillion won, the best in 16 years for the first half.

The automaker sold 70,277 cars in January-June this year, up 4.7 percent on year and the best first-half performance in 16 years, the company said. Domestic car sales gained 8.6 percent on year to 55,950 units, led by brisk sales of new sports utility vehicles. Exports, however, shriveled 8.2 percent to 14,327 units from a year ago.

Despite the growth in overall sales, the company saw its loss widened due to increased sales costs amid intensifying competition. It also expanded investment to secure future growth engines, resulting in higher operating costs, the company added. 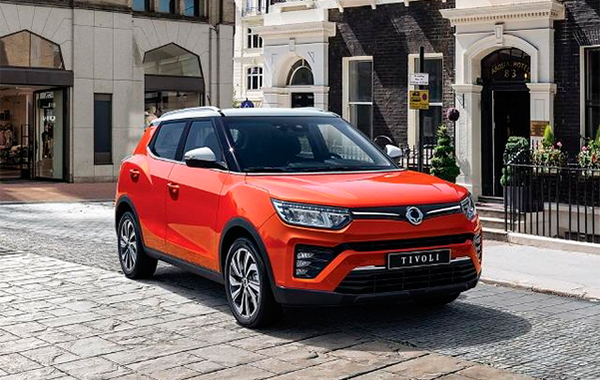 이미지 확대
Exports, especially to Russia and Iran, also have slowed down, causing the company to temporarily halt production at its Pyeongtaek factory in Korea four times this month to adjust inventories. After inventories exceeded 4,500 cars, the optimal level set by the company, the management agreed with its labor union to suspend production on July 5, 8, 12, 15, the company announced earlier this month.

Yea Byung-tae, Ssangyong Motor chief executive officer, vowed to continue investment in the latter half of this year to beef up auto lineups and expand sales while ensuring internal stability.